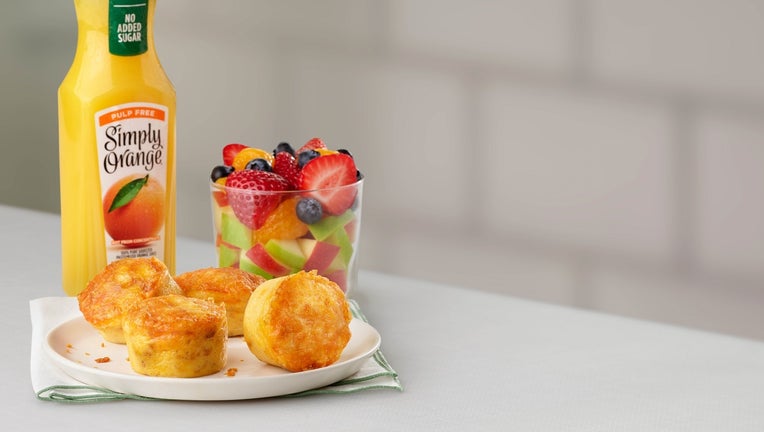 Fast-food restaurant chain Chick-fil-A has announced it is testing out a new "bold and bite-sized" breakfast item – the Chorizo Cheddar Egg Bites.

The four egg bites that come in every order – which the company says will be "baked in-house every morning and are made with whole eggs, Mexican-style chorizo sausage, and a blend of cheddar and Monterey Jack cheeses" – will be available for a limited time in certain markets starting next Monday, Aug. 22.

The history of Chick-fil-A

Chick-fil-A, one of the largest family-owned restaurant chains in the U.S., rose from humble beginnings as a small diner in a suburb of Atlanta.

"As summer ends and the back-to-school morning routine begins, we wanted to offer our customers a new protein-packed entrée that keeps them satisfied when they’re on-the-go without sacrificing taste," said Leslie Neslage, director of menu and packaging at Chick-fil-A Inc.

"Our guests are asking for more bite-sized, shareable breakfast options, and we look forward to hearing what they think about our limited-time Chorizo Cheddar Egg Bites test," she added.

CHICK-FIL-A BREAKFAST: WHAT TIME DOES IT END?

"They are the first new breakfast entrée Chick-fil-A has created since the Hash Brown Scramble Bowl joined menus nationwide in 2017," it added.

If the Chorizo Cheddar Egg Bites are a success, Chick-fil-A suggested it could be "featured on menus nationwide in the future."

Chick-fil-A has maintained its position as America’s favorite restaurant for eight years in a row, according to the American Customer Satisfaction Index (ACSI), which released its annual restaurant survey for the 2021-2022 year in July.

FOX Business’ Ann Schmidt contributed to this report.  Read more of this story on FOX Business.