Some say a Chick-fil-A sign in Georgia was vandalized to disparage law enforcement officials.

DOUGLASVILLE, Ga. - The search is on for whoever vandalized a Chick-fil-A billboard on Interstate 20 in Douglasville with an eye-popping message over the weekend.

"All pigs r b-----ds," the vandal changed the sign to read, with the chicken joint’s trademark grammatically-challenged cows holding paintbrushes below. The phrase is common among critics of law enforcement online.

"This is like, ‘Fight Club’ level vandalism. I had to stop and pull over and get a picture," said Ken Abhalter, who first saw it driving eastbound near the Thornton Road exit on Saturday morning.

By Monday, the billboard was covered in black paint. The cows were still there.

"This was an unfortunate incident of vandalism," said Sean Ward, spokesperson for Chick-fil-A. "As you’ve noticed, we worked with our partners to have the message removed." 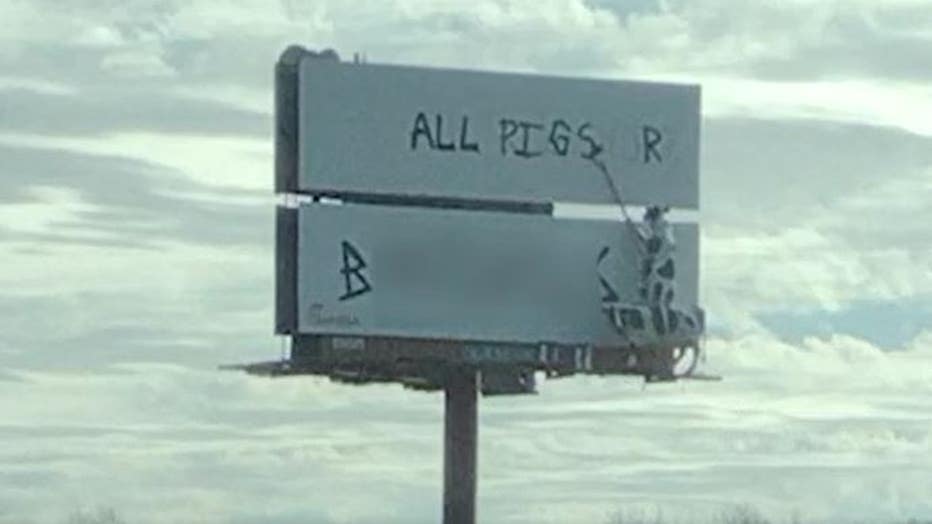 Photo of Chick-fil-A billboard along I-20 in Georgia that was vandalized (FOX 5).

Douglasville police said they are aware of the incident, but since no one has called it in, there is no investigation as of now.

Abhalter had a unique appreciation for the act of vandalism, although he does not agree with the message.

He has worked in the signage industry all his life, now running D&G Outdoor Lighting and Signing, Inc.

He said whoever got up there knew what they were doing.

"You would need a big ladder to get up there, you would need repelling equipment to be able to paint both of those billboard faces, in the middle of the night," he said. "They probably disconnected the electricity to that thing so that they were working in the dark." 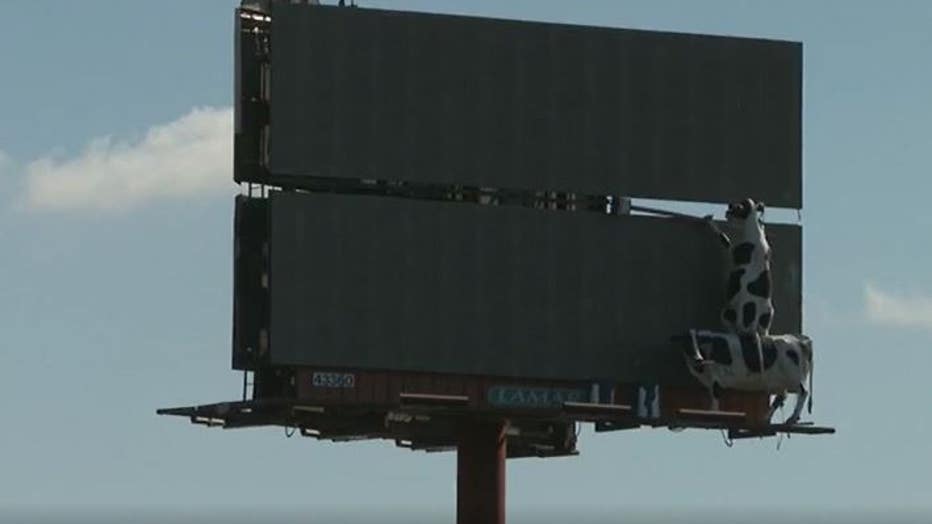 On Monday, the billboard was covered in black paint to cover up the disparaging comment ( FOX 5).

Donovan Swafford, Abhalter’s business partner, said the stunt was impressive -- but for all the wrong reasons.

"You’re risking your life," Swafford said. "That’s what these guys were doing at this level. They were risking their life."

Lamar, the company that maintains the billboard, did not return requests for comment.