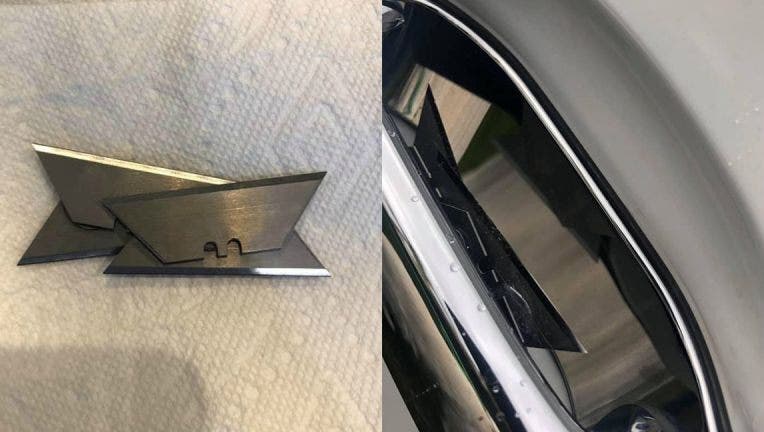 TEMECULA, Calif. - Authorities are urging residents to check their door handles following two separate instances in which razor blades were discovered on vehicles in Temecula.

The first incident was reported on January 9. A deputy responded to the 41000 block of Carleton Way, regarding razor blades affixed to a car door handle.

Investigators said that the "razor blades were placed in a manner likely to cause injury," the Temecula Sheriff's Station wrote in a post on Facebook.

No one was injured during the incident.

The second incident was reported on January 10 in the 31000 block of Daniel Way. A resident reported finding a single razor blade on the front end of their vehicle.

"During this investigation, it was undetermined why the razor was left on a vehicle. It does not appear to be related to the incident that occurred on January 9th. Both incidents occurred in separate areas of the city of Temecula," the sheriff's station wrote.

The sheriff’s department was asking the public to use caution when opening their vehicle doors and immediately report any incidents to the sheriff’s dispatch.

Anyone with additional information was urged to call the Southwest Sheriff’s Station at 951-696-3000.