"I’ve been here for 16 years," said Lt. Suepat. "Since then I’ve kept that sketch in my vehicle hoping one day you know, we’ll identify him even driving around."

On October 30, 2007, WPPD received a call from the Village Lane Apartments. Police said a man slid open a back patio door to a unit there and sexually assaulted an 86-year-old woman. She was reading her bible on her bed, according to the police report.

"He started asking her questions about a lost dog, she advised he was talking in Spanish. She kind of understood what he was saying as she was getting up in bed," explained Lt. Suepat. "She was brutally attacked, and she was sexually assaulted." 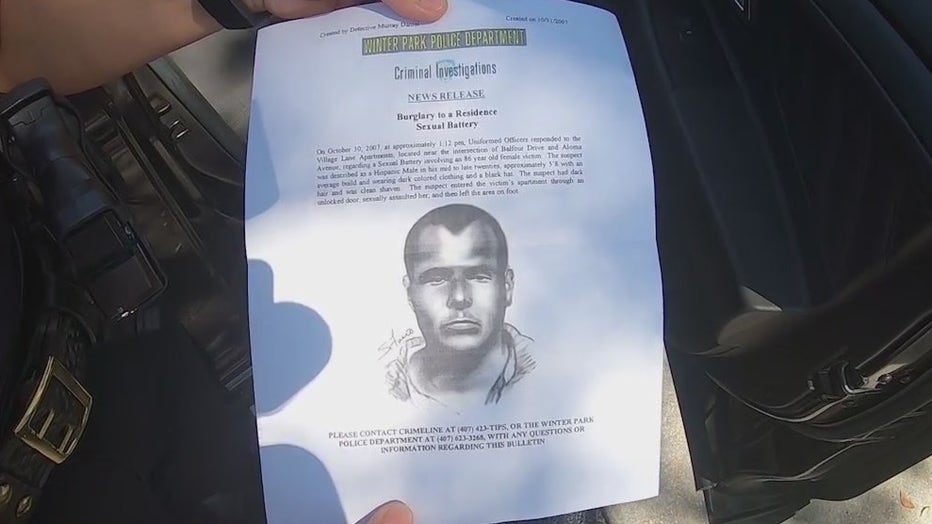 The suspect ran off, but left behind DNA.

When the Florida Department of Law Enforcement ran that sample through a database, it matched up with another vicious attack. That DNA connected the same suspect to a rape in Wethersfield, Conn.  Police there say a 62-year-old woman walking along a bike path was raped on August 3, 2004.

"I suspect there might be more victims," said Lt. Suepat. "There’s a possibility they just never called law enforcement out of embarrassment or fear."

The victim in Winter Park has since died. There are still witnesses, her testimony and the victim in Connecticut. Police still have a case, they just want to catch their suspect.

"I don’t think there is just these two that were identified," she said.