On February 1, 2020, officers found the bodies of 13-year-old Christopher Gutierrez and 26-year-old Jesus Pantoja. Their bodies were found in the bed of Pantoja’s own pickup truck on the side of CR-44A in Eustis.

EUSTIS, Fla. - Lake County deputies are on the hunt for at least two killers.

On February 1, 2020, officers found the bodies of 13-year-old Christopher Gutierrez and 26-year-old Jesus Pantoja in the bed of Pantoja’s pickup truck on the side of a road near Eustis.

"It was early that morning, right about 3:20 am and right here in this area, the deputy rolled up on it, checked out with it to see what he could learn about the vehicle," explained Lt. John Herrell, "that’s when he made the discovery in the bed of the truck."

Now in that spot, a small memorial for the two.

"Getting together every Sunday without them, it’s painful.  We don’t see Jesus, we don’t see Chris at the table every day, it’s pretty tough," said Maria Hernandez, Jesus’s sister.

Pantoja and Gutierrez got together that Friday night to play video games. First Pantoja drove up to Lake County from their Apopka home to drop off diapers for his twins. Pantoja left behind three children. 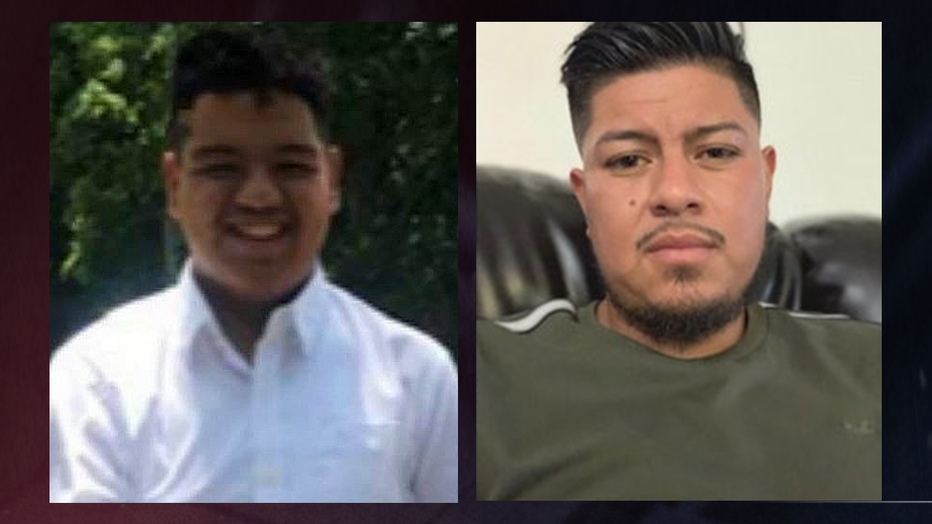 "We really don’t talk a lot about my brother, I just, I can’t. I mean I can’t even look at them in the face it’s hard," said Hernandez. "Yeah, they look just like him."

Gutierrez was in the eighth grade at Apopka Middle School. His mother won’t visit the site, it’s just too painful.

"She’s never been here before and she refuses to come," said Hernandez.

Now, nearly two years later, it is not getting easier. Investigators believe that more than one killer is involved.

"Just because of the evidence and some of the statements the detectives have obtained, we do believe there are at least two perpetrators," said Lt. Herrell.

Crimeline is offering a monetary reward for information that leads to the arrests of the suspects.  If you any information, call Crimeline: 800-423-TIPS (8477).