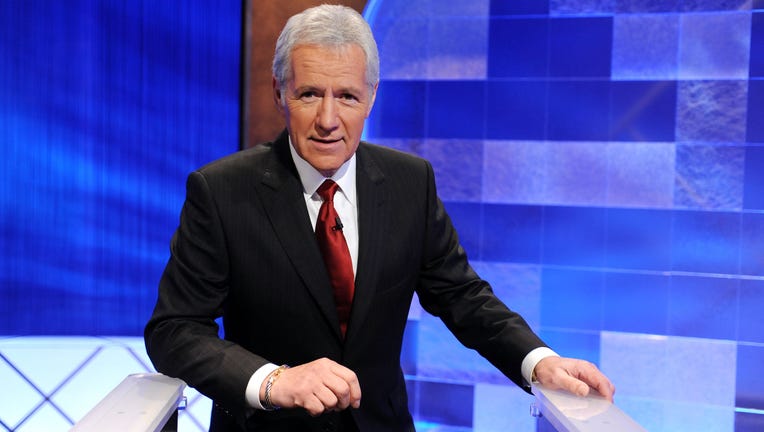 The longtime game show host announced in March of 2019 that he had been diagnosed with stage 4 pancreatic cancer. After keeping fans updated on his health for 18 months, the show announced that he died on Sunday.

"Jeopardy! is saddened to share that Alex Trebek passed away peacefully at home early this morning, surrounded by family and friends," the show wrote on its Twitter account to confirm the sad news. "Thank you, Alex."

After a decades-long career in Hollywood, it didn’t take long at all for stars to take to social media to share their thoughts on the loss of Trebek and what he meant to them as a figure of TV for so many years.

Fox News' Bret Baier was among the first to pay his respects, writing: "What is a life well lived?  R.I.P. Alex Trebek."

Peter Frampton became the first of many celebrities to share a brief story about the first time he met the late TV host.

"Rest in peace Alex Trebek," he wrote. "I had the honour of meeting him once. He made me feel like we’d known each other forever. So very sad. We will all miss him. Thinking of his family today.

"Very sad. #AlexTrebek fought with dignity to the very end. Will never forget filming with him #WhiteMenCantJump. He was kind and funny. When I mispronounced Mt. Vesuvius, he went right along & ad-libbed 'checking with the judges' and the rest is history. You will be missed! xoxo," wrote his "White Men Can't Jump" co-star Rosie Perez.

"The answer is..... THANK YOU! Alex Trebek. You were grace and guts and humor and deep love," Jamie Lee Curtis added.

Actor Armie Hammer used the show's iconic question-first format in his post writing: "Greatest host of one of the greatest shows of all time who passed away sadly after a long battle with cancer.

"RIP Mr. Trebek. Thank you for always being there at the end of the day to take my mind off things."

"Goodbye legend. What is...greatness. RIP #AlexTrebek," wrote Josh Gad along with a photo of himself meeting Trebek.

"Alex Trebek, you brought us so much knowledge, both important and fun, through the years. Your final battle with cancer was heroic, and we are heartbroken that it has taken you from us. I’ll take “Great TV Personas of Our Time” for $800. The heavens have all the answers now," George Takei noted.

Jimmy Kimmel lamented not being able to reserve this weekend for a celebration of the 2020 presidential election outcome, writing: "Couldn't we have one nice weekend? A kind gentleman whose excellence was so consistent, it was easy to take for granted. Rest well, Mr. Trebek."

Fellow Canadian-born actor Ryan Reynolds also took to Twitter to share how important Trebek was to him.

"Alex Trebek was kind enough to film a cameo for our film Free Guy last year despite his battle," he wrote. "He was gracious and funny. In addition to being curious, stalwart, generous, reassuring and of course, Canadian. We love you, Alex. And always will."

"I was obsessed with Jeopardy as a nerdy kid growing up in Ohio. I’ve loved and revered Alex Trebek since I can remember. What an iconic career. RIP Alex Trebek," John Legend wrote.

"We lost a hosting legend today and a real gentleman Alex Trebek. My thoughts and prayers go out to his family and his Jeopardy family," Chris Harrison added.

"An inspiring, strong, distinguished legend of a man," Mario Lopez wrote. "What is Alex Trebek? #RIP."

Trebek's "High Rollers" co-star, Ruta Lee told Fox News, "I have lost one of my dearest friends. Little did I expect this as he was still laughing with me a day ago. Alex was without a doubt one of the funniest people God put on this earth."