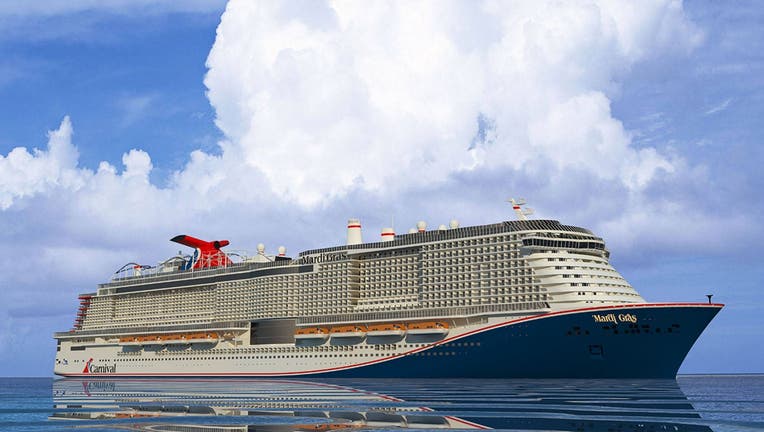 PORT CANAVERAL, Fla. - Passengers waiting to be the first to set sail on Carnival's new, highly-anticipated Mardi Gras cruise ship will have to wait a bit longer.

Carnival Cruise Line announced that Mardi Gras will now sail her first cruise on Nov. 14, 2020, two months later than originally planned. The cruise line says delays at the shipyard forced them to push the inaugural sailing date back.

According to Cruisefever.net, the ship will be delivered to Carnival in late October and will depart Port Canaveral, Florida a couple of weeks later. Bookings scheduled starting Aug. 31 have been canceled.

To make up for the inconvenience of having to cancel and reschedule vacation plans, Carnival is offering guests a full refund of their cruise fare plus a 25-percent future cruise credit. To sweeten the deal, Carnival says if guests rebook using their 25-percent credit by Feb. 18, 2020, they will get an additional $100 per person onboard credit.

Carnival is also assisting guest with non-refundable airline and hotel reservations that had already been booked.

Mardi Gras is said to be Carnival's largest ship ever constructed and will boast what they say is the first roller coaster at sea. The attraction is the centerpiece of the "Ultimate Playground" onboard the new ship.