Can you bring a gun on an airplane? Yes and no. Guns -- loaded or unloaded -- are not allowed in carry-on luggage. They can be stored in checked luggage, but there are some rules to know.

ORLANDO, Fla. - Nearly 200 guns have been confiscated at airport security checkpoints in Florida so far this year, according to the Transportation Security Administration, and most have been found at Orlando International Airport, Ft. Lauderdale-Hollywood International, and Tampa International.

According to TSA rules, guns are not allowed in carry-on luggage. Guns can be included in checked luggage, but have to be "properly packed and declared at check-in," which means unloaded and locked in a hard case.

TSA said it has seen an increase in people attempting to bring unloaded and loaded guns in their carry-on luggage.

"Whether or not they had nefarious intent, accidents happen and tragedies could result," said TSA spokesperson Sari Koshetz in a written statement. 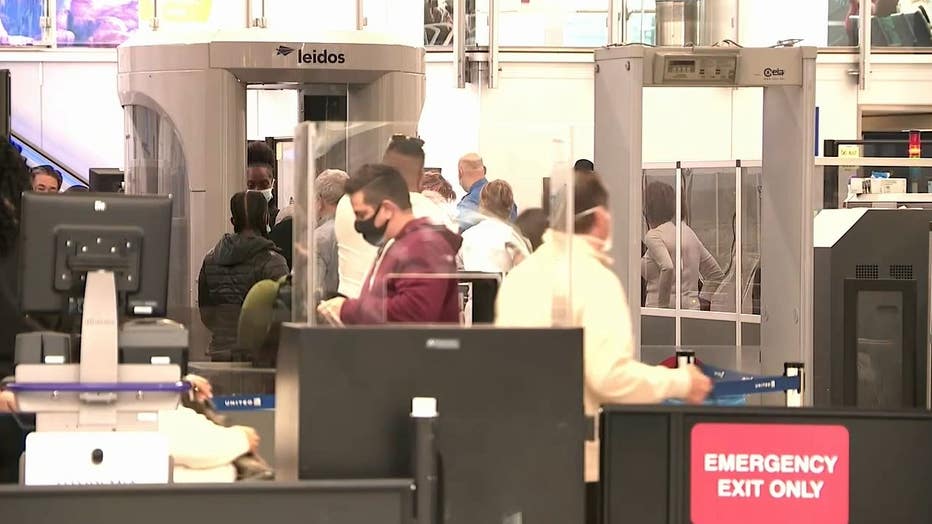 A look at travelers going through security on April 13, 2022, at Orlando International Airport. (FOX 35 Orlando)

Of the 200 guns confiscated in Florida, 40 were found at Orlando International, 36 at Ft. Lauderdale, 26 at Tampa, and 17 at Jacksonville International.

TSA said Orlando, Tampa, and Ft. Lauderdale airports are typically in the top 10 or 11 airports where passengers attempt to bring guns through.

Penalties can include fines of up to $13,910 regardless if someone is arrested or not, TSA said. Passengers could also lose their TSA PreCheck privileges if they're part of that program.