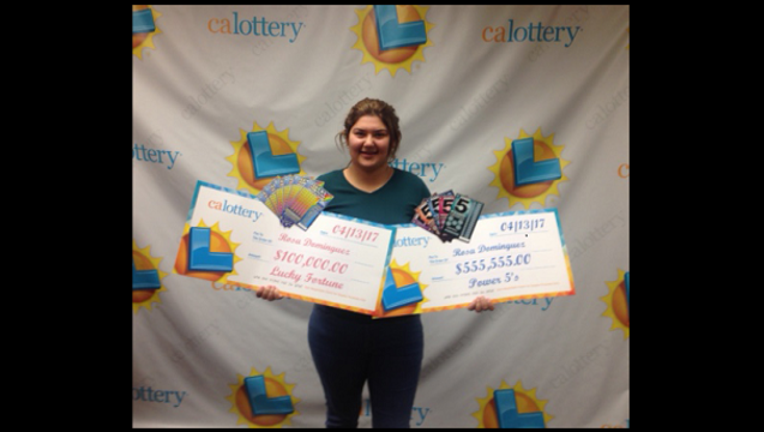 The California Lottery says 19-year-old Rosa Dominguez won $555,555 on a $5 scratch-off ticket purchased at a gas station. After that win, she said she was nervous and "just wanted to cry." A few days later, she bought another $5 scratch-off ticket at a different station and won $100,000.

Dominguez purchased the $5 Power 5’s ticket worth $555,555 at Eagle Energy which is located at 2400 Golden Hill Road in Paso Robles (San Luis Obispo County). The $5 Lucky Fortune ticket worth $100,000 was purchased at the Valero gas station located at 348 El Camino Real in Greenfield (Monterey County).

Dominguez recently stopped by the California Lottery’s East Bay District Office in Hayward to claim her two prizes totaling $655,555. Not a bad week for someone who is technically still a teenager. As for her plans for the money, Dominguez tells us that she wants to go shopping and buy herself a new car.