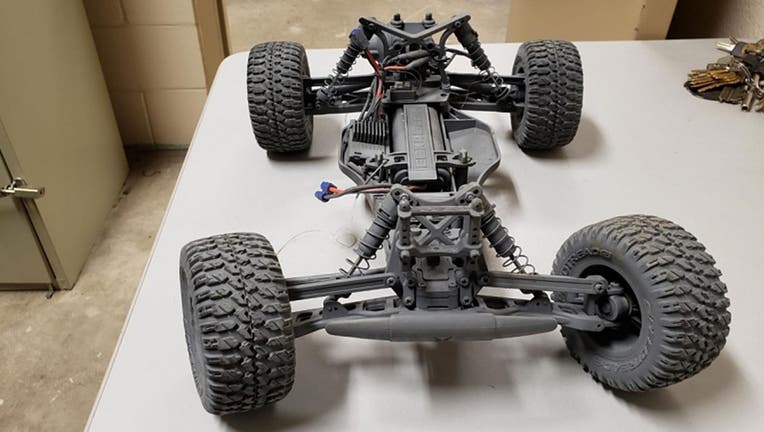 After agents arrested the boy, they found he’d been carrying a remote-controlled car and two duffel bags containing over 50 packages of the narcotics. (CBD)

U.S. Border Patrol agents arrested a 16-year-old boy accused of using a remote-controlled car to smuggle over $100,000 worth of methamphetamine across the U.S.-Mexico border, according to a Customs and Border Patrol press release.

Around 12:30 a.m. Sunday, agents found the boy walking along the border wall near San Diego with two large duffel bags. Once he realized he’d been spotted, he hid in nearby thick bushes. After agents arrested the boy, they found he’d been carrying a remote-controlled car and two duffel bags containing over 50 packages of the narcotics. The bundles weighed over 55 pounds and had an estimated street value of $106,096.

Agents believe it had to have taken multiple trips between the U.S. and Mexico sides of the border to transport such a large quantity of drugs, with someone on the U.S. side unloading each bundle and someone on the Mexico side reloading it with more. It likely was driven by someone on the southern side, according to Fox 5 San Diego. 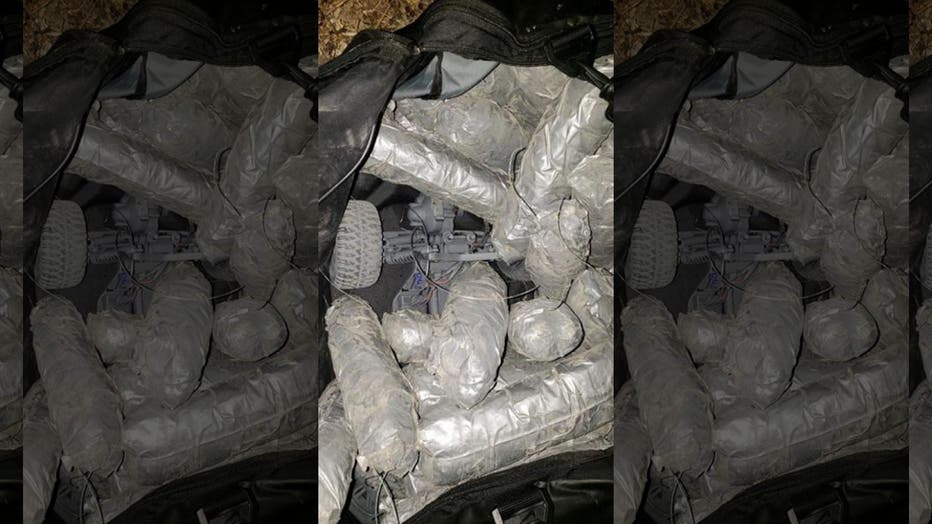 The boy is a U.S. citizen and will face drug smuggling charges, the federal agency said.

Agents thwarted a similar scheme in 2017 which used a remote-controlled drone to smuggle narcotics across the border. A 26-year-old was sentenced to 12 years in prison in that case.

Methamphetamine was once a drug mostly made in home labs in rural America. But in September Fox News reported that over the past few years Mexican cartels have cornered the market on meth production with a purer and cheaper form of the drug. Meth seizures along the border increased 255 percent, from over 8,400 kilograms, or some 18,500 pounds worth, in 2012 to 30,081 kilograms (more than 66,000 pounds) in 2017.