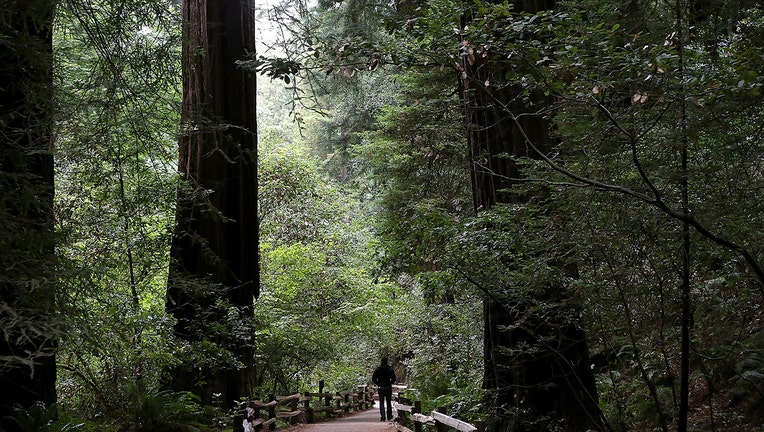 SAN FRANCISCO - A Minnesota man was killed during a Christmas Eve visit to a national park in California when an enormous redwood tree fell on him, authorities said Thursday.

Subhradeep Dutta, 28, of Edina, Minn., was walking on a marked trail just after 4:35 p.m. Tuesday at the Muir Woods National Monument Park, north of San Francisco, when he became pinned by the trunk of a 200-foot-tall tree.

Dutta was with two other people when the incident took place. He was pronounced dead at the scene, according to the Marin County Coroner’s Office and a park spokesman.

MORE NEWS: Officer moved to tears with gift in memory of his K-9 partner

The trunk measured more than 4 feet in diameter. A woman who was injured by falling debris was taken to a hospital. Her condition was not available. A man hiking with the group was unharmed.

A park spokesman told The Associated Press that the incident happened after two weeks of winter storms.

"This is a very rare, and isolated event that may have occurred due to wet ground from recent winter storms, around the roots of the tree," park spokesman Charles Strickfaden said in an email.

"The National Park Service extends its thoughts and prayers to all those involved," he added.

The area affected by debris from the falling tree was closed Thursday while the rest of the park remained open.