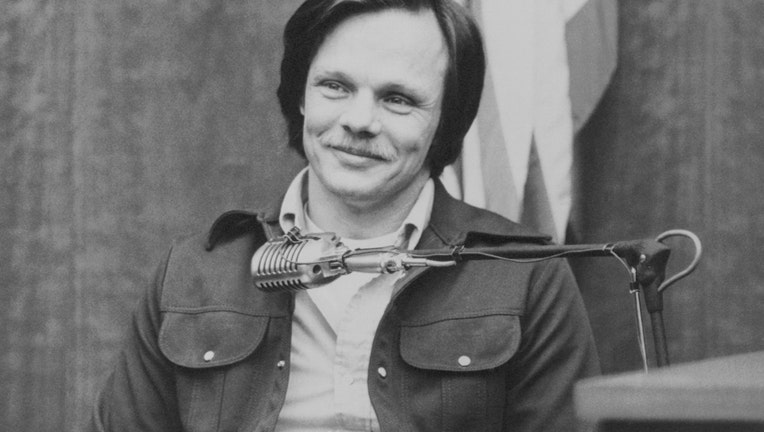 (Original Caption) Los Angeles, California: Lawrence Bittaker, 40, accused in the rape and torture deaths of five teenage girls, wears a grin on his face during testimony in court. Earlier in the day Bittaker broke down and began crying as he denied

Bittaker and accomplice Roy Lewis North kidnapped, raped, tortured and murdered five girls in 1979. Their nickname came from the tools like a screwdriver, pliers and an ice pick that they used to torture and kill their victims.

Bittaker, 79, died Friday in San Quentin State Prison, the state Department of Corrections and Rehabilitation said in a statement. The cause of death will be determined by the Marin County coroner.

The killings began that June, with the death of Lucinda Lynn Schaefer, 16. She was followed by Andrea Joy Hall, 18; Jacqueline Doris Gilliam, 15; Jacqueline Leah Lamp, 13, and Shirley Lynette Ledford, 16.

Norris testified against Bittaker after pleading guilty to all charges in exchange for prosecutors not seeking the death penalty against him.

A Los Angeles County jury convicted Bittaker of five counts of murder, five counts of kidnapping as well as other charges including criminal conspiracy, rape, oral copulation, sodomy and being an ex-felon in possession of a firearm. He was sentenced to death on March 22, 1981.

Norris was sentenced to a term of 45 years to life and remains in prison.

Due to various legal challenges and court decisions, California has not executed anyone in years, and earlier this year Democratic Gov. Gavin Newsom declared a moratorium on executions for as long as he is in office.

According to corrections statistics, 82 condemned California inmates have died from natural causes since 1978, when capital punishment was reinstated after a period in which the state Supreme Court ruled it to be cruel and unusual punishment.

There are now 729 inmates on the state’s death row.