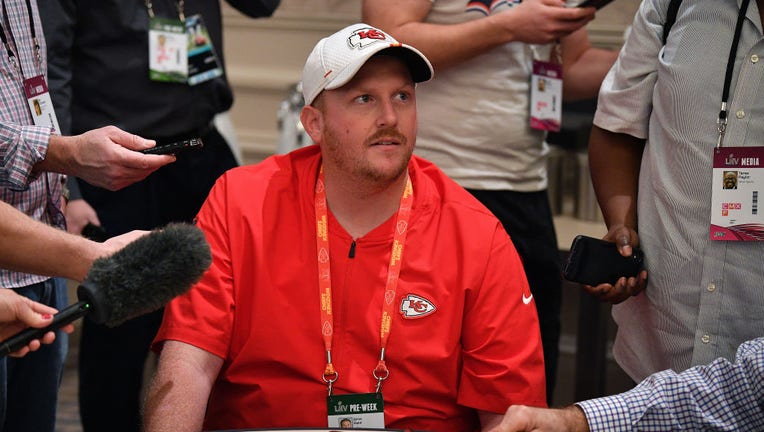 He faces up to seven years in prison, The Kansas City Star reported.

Police said Reid was intoxicated and speeding when he hit two parked cars on an entrance ramp near Arrowhead Stadium in February 2021. A girl in one of the cars, Ariel Young, who was 5 at the time, suffered a traumatic brain injury.

One of the vehicles he hit had stalled because of a dead battery and the second was owned by Ariel's mother, who had arrived to help, according to charging documents.

The Kansas City Chiefs' assistant coach Dave Toub handled the postgame press conference Sunday after the team's 30-24 loss to the Los Angeles Chargers after Andy Reid left the stadium to go to the hospital.

Court records show Reid was driving about 84 mph (135 kilometers per hour) shortly before the collision and had a blood-alcohol level of 0.113 two hours after the crash, police said. The legal limit is 0.08.

Reid, who underwent emergency surgery for a groin injury after the crash, was placed on administrative leave. His job with the team ended after the Chiefs allowed his contract to expire.

The Chiefs in November reached a confidential agreement with Ariel’s family to pay her ongoing medical treatment and other expenses.