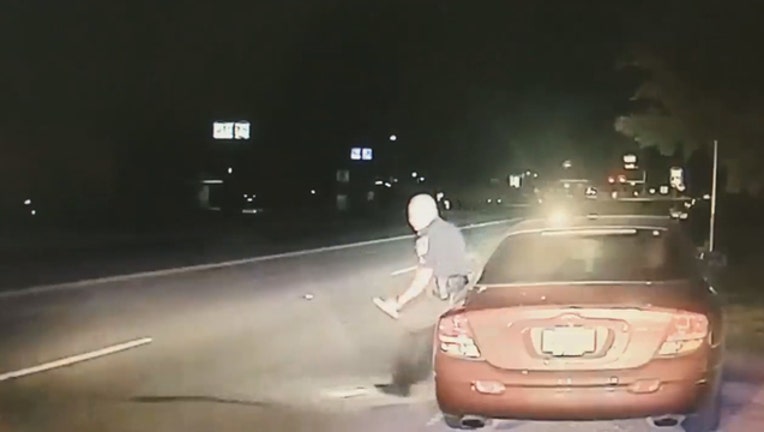 BRIDGEPORT, Texas - An officer in the Wise County city of Bridgeport just narrowly missed getting hit by a suspected drunken driver who was going the wrong way.

The Bridgeport Police Department posted a video of the incident, which happened on July 7, on its Facebook page.

The department said Cpl. Richard Taylor had stopped a vehicle on Highway 380 because of a minor traffic violation. As he was talking to the driver he noticed headlights coming straight for him.

Cpl. Taylor was able to quickly get out of the way before the car zoomed by going in the wrong direction on the highway.

The officer eventually caught up to the driver. Police said he admitted he had been drinking but was below the legal limit. He was arrested for other charges including driving with a suspended license because of a prior DWI.

“I'm confident his commitment to physical fitness and divine intervention also played a role in the outcome of this incident,” he wrote.