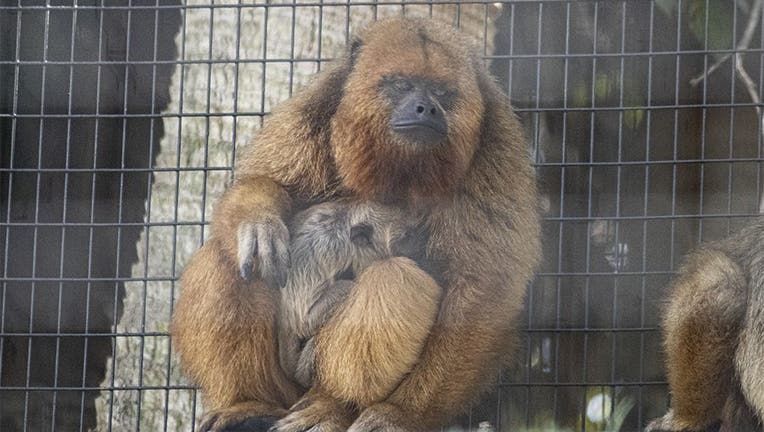 BREVARD COUNTY, Fla. - The Brevard Zoo in Florida had an unexpected surprise early Tuesday morning when they welcomed a baby black howler monkey – a first for the zoo.

Both mom and baby appear to be healthy and doing well, the zoo said in a blog post.

"We have observed the baby nursing," said Michelle Ferguson, the zoo's rainforest revealed area supervisor, in a statement. "The infant looks to be strong as they grip onto their mom."

Black howler monkeys are not endangered, however the species is threatened due to habitat loss, human hunting, and agricultural development, according to the zoo.

There was speculation into if Baya was pregnant as it is difficult to determine is a female is pregnant according to the zoo.  However, when she arrived at the facility last fall, she was bred right away with Stormy, an 18-year-old male howler monkey.

The baby's gender currently remains unknown as zoo staff plans to remain hands-off as they bond on habitat in Rainforest Revealed.  According to the zoo, all howler monkeys are born with blonde hair, but if the baby is a male, their hair color will turn black at two-and-a-half years old.

The zoo said female howler monkeys take care of their young for about a year until they are ready to hang around their family, including their dad.  Howler monkeys tend to have other females in the group that help out the mom by carrying, grooming and protecting the baby according to the zoo.

Baya and her newborn are currently in Rainforest Revealed where visitors can observe them bonding in their habitat.