The farm flooded after a storm two weeks ago, and at the time, Jeremy said, "We’ve never seen anything like this since we’ve been here. Makes you wonder what a hurricane’s going to do."

Now, he’s about to find out.

"Behind us here, you can see that we have enclosures inside of our barn," he said, gesturing to several large cages. "We have three enclosures back here. These are going to be used to house our exotic animals." 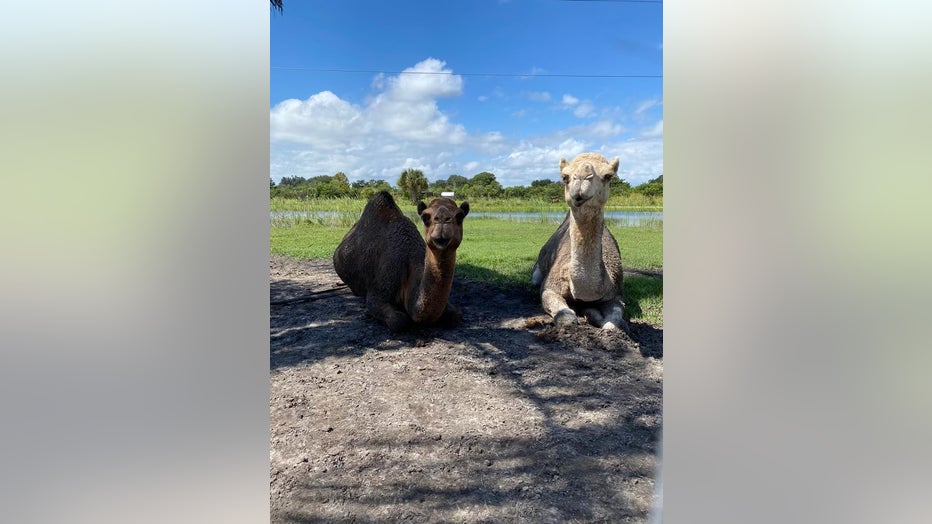 They are using another barn housing farm animals like alpacas, donkeys, and horses. Those are built to withstand a Category 5 hurricane.

They’re also pumping out about 56,000 gallons of water a minute, leftover from the previous week’s flooding. That’s going into a nearby creek, and Brevard County is pumping about 100,000 gallons a minute from a site on Hall Road in Merritt Island.

"In the meantime, we also have to keep an eye on the creeks that we’re pumping water into, because if those are full then we start overflowing that into the farm," said Lina Graves.

On top of all that, they’re bringing in shipments of sand trying to raise the ground level of the farm.

"We’re just hoping that the storm doesn’t compromise that high ground," said Jeremy Graves. "I’ll be staying here with my son. And we have a few other folks here that work at the farm that are going to be riding out the storm and doing what we can to make sure we’re pumping water out of here, the animals are safe, doing hourly checks on the animals."