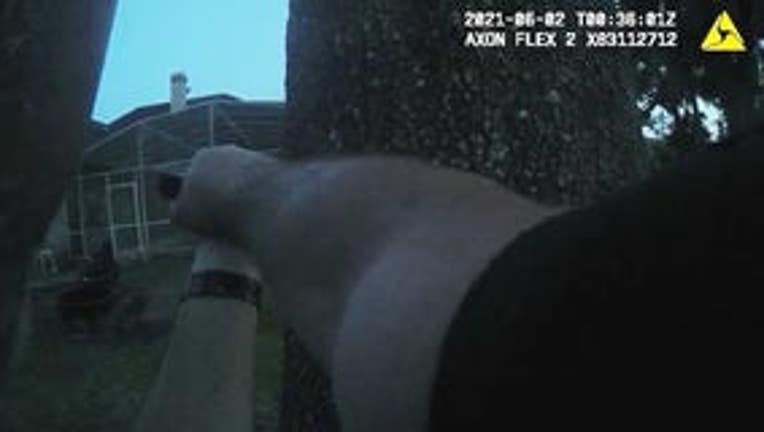 A judge on Wednesday sentenced the boy, who is now 13, to a maximum risk assessment program followed by Conditional Release, not to exceed his 21st birthday. The boy had entered a no contest plea to the charges that include attempted murder of a law enforcement officer stemming from the June 2021 shootout.

Investigators said the boy and a 14-year-old girl escaped from a group home last year and broke into a house in Enterprise, armed themselves with weapons and shot at deputies.

Sheriff Mike Chitwood said his deputies did everything possible to not open fire on the children, including taking multiple rounds themselves.

"Don’t make me do this! Don’t do this!" one of the deputies can be heard saying on his body camera.

"At one point, one of the sergeants got up the window and threw their personal cell phone in and told them to answer the phone, we want to make contact with you. Nothing, nothing worked," he said.

The Sheriff’s Office said deputies were forced to open fire when the girl came out and pointed a gun at them. The boy ended up surrendering peacefully.

The girl, identified as Nicole Jackson, is facing several charges as an adult.