A man is suing the Denver Police Department for excessive force after suffering injuries during a Jan. 2, 2019 arrest. (NOTE: This footage contains images that may be disturbing. Profanity has been removed)

Photos of Lecheminant in the aftermath show his scarred, bloody face with swollen, blackened eyes. He suffered a broken nose, punctured ear drum and concussion, according to a lawsuit Lecheminant filed against the police department.

Police arrested Lecheminant after a traffic stop went awry on Jan. 2, 2019. Decker said Lecheminant was pulled over for driving without lights.

Bodycam footage appears to show Cpl. Daniel Felkins asking Lecheminant if he has been drinking.

“I have not. I’m about to start but I have not been drinking, I promise.” Lecheminant responded.

Felkins asked Lecheminant to step out of the car, but he refused and drove away. Police still had possession of Lecheminant’s driver’s license, so they just met him as soon as he arrived home.

RELATED: Crime drops around the world as coronavirus keeps people inside

A struggle broke out by a gate near the man’s yard.

The video appears to show Lecheminant shouting at Officer Robert Blanc that he is on private property. Blanc ordered him to the ground and warned him several times he would be tased if he didn’t comply.

Police fired the taser once, but let up to order Lecheminant to the ground again. The video appears to show officers using the taser a second time when he still didn’t comply.

Lecheminant then appears to remove the prongs from his chest, which is when Blanc tackled him. 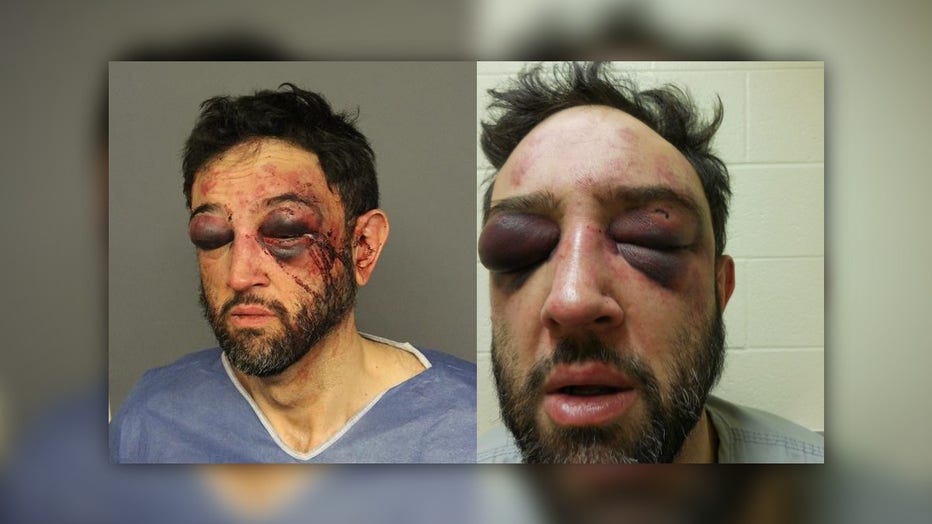 According to his lawsuit, Justin Lecheminant suffered a broken nose, a punctured ear drum and a concussion at the hands of Denver police officers. (Source: Decker & Jones Law)

The bodycam picks up audio of someone saying, “This is what happens when you elude police, dude.”

Sonny Jackson, a spokesperson from Denver police said the department would not comment on pending litigation, but said all use of force incidents are reviewed by Internal Affairs.

“No further investigation was opened following the Use of Force review,” Jackson told KDVR.

Even so, Tiffany Drahota — another one of Lecheminant’s lawyers —  called the department’s investigation a “haphazard sham” that lacked fact-finding. She said Internal Affairs never interviewed Lecheminant and Blanc was never placed on leave.

Lecheminant pleaded guilty to obstruction and felony eluding. But initially, he faced a charge of assaulting an officer.