A Daytona Beach man is facing a felony charge after police say he threatened to kill a code enforcement official during an incident that was caught on bodycam video.

DAYTONA BEACH, Fla. - A Daytona Beach man is facing a felony charge after police say he threatened to kill a code enforcement official during an incident that was caught on bodycam video.

Kevin J. Sbrusch, 36, was booked into the Volusia County Jail on a charge of corruption by threat against a public servant, according to Neighborhood Services Captain Scott Lee. He has since bonded out of jail.

Video taken by the victim, Inspector Kevin Yates, appears to show Sbrusch confront Yates while he was documenting vehicles on Sbrusch’s property.

Yates is heard explaining to Sbrusch that the cars are parked illegally while taking photos with a tablet. Sbrusch tells Yates that he is ‘harassing’ him and to leave the property.

He is then seen walking closer to Yates, standing only feet away from the camera.

"Sir, if you touch me I will call the police," Yates says.

"During that confrontation, Sbrusch threatened to snatch the tablet Inspector Yates was using to take photos of those code violations and beat him to death with the tablet," police said in a news release. "That prompted Inspector Yates to call the police." 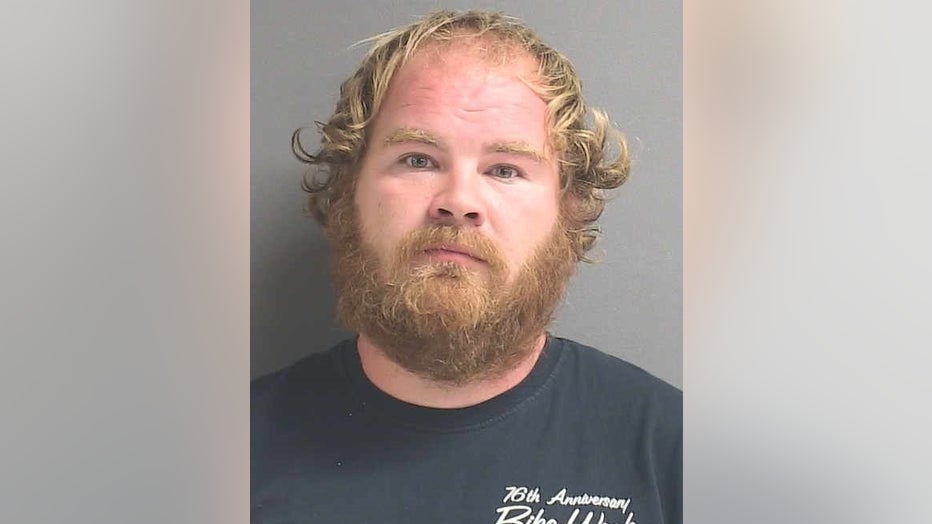 Capt. Lee says these types of encounters are somewhat common for his inspectors.

"However, we’re not going to tolerate anyone making death threats against anyone else for doing their job. We will respond swiftly and appropriately to ensure our employees are protected while performing their duties."