An armed and belligerent discount shopper is behind bars. Marion County deputies say she was waving around a knife at a Walmart unwilling to drop it.

SUMMERFIELD, Fla. - An armed and belligerent discount shopper is behind bars after Marion County deputies say she was waving around a knife at a Walmart and was unwilling to drop it.

Body camera video shows the moment a deputy was forced to use a taser on her after she ignored commands to drop her weapon.

According to the Marion County Sheriff, 32-year-old Brandy McGowan walked into the Walmart on Highway 441 in Summerfield last Wednesday afternoon. Store employees say she started threatening customers with a brick.

They say she then found a pocket knife for sale and opened it up in the store with some scissors. 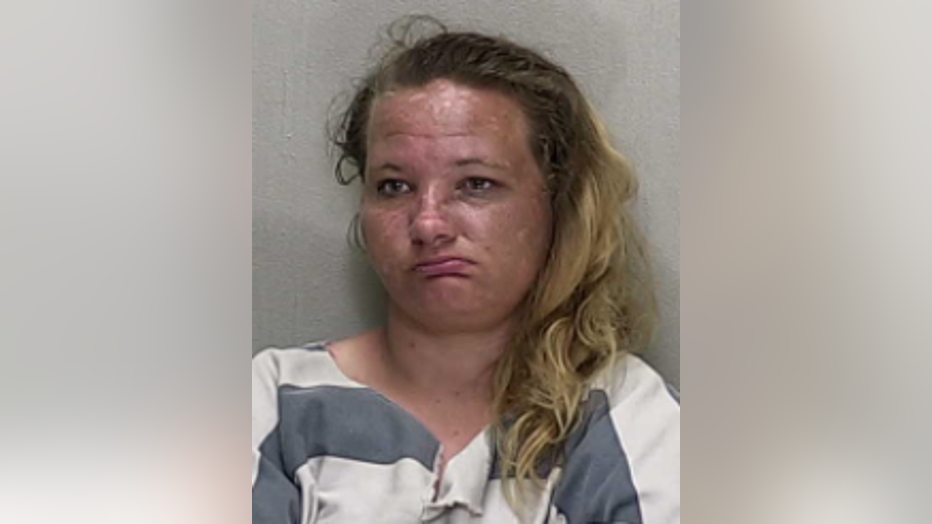 Employees say she kept threatening staff and customers with the knife.

"Drop the knife now!" the deputy says in the video.

When McGowan didn't comply, the deputy deployed the taser.

"After McGowan was arrested, it was discovered that she ingested approximately four grams of methamphetamine earlier in the day. She was first transported to the hospital for evaluation," the sheriff's office said.

McGowan was transported to the Marion County Jail. She's being charged with aggravated assault.