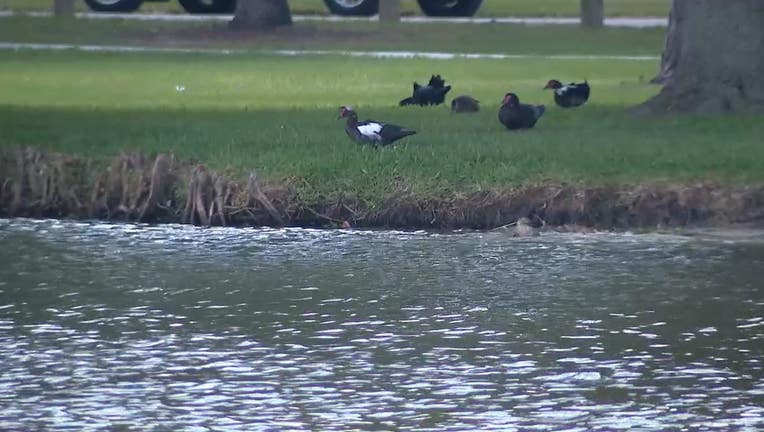 SANFORD, Fla. - The Florida Department of Health said Friday that blue-green algae – common bacteria found in Florida's freshwater lakes and rivers – has been detected at Lake Dot, which saw a rash of dead ducks and fish in recent weeks, prompting concerns from nearby residents.

It was not immediately clear if the algae bloom was connected to the animals' apparent deaths, though bird flu was also being considered.

Blue-green algae bloom forms when there is a rapid growth of algae – a natural part of water ecosystems – and can produce floating mats on the surface of the water, as well as a foul odor, similar to rotten eggs.

The blooms, however, can make animals and humans sick, such as eye, nose, and skin irritation, stomach pain, headache, vomiting, or diarrhea, according to the Florida Department of Health and U.S. Centers for Disease Control and Prevention.

The algae were detected in a water sample taken on May 19, weeks after residents reported the mass duck deaths, and days after a local environmentalist conducted her own samples.

Carly Jones, a spokesperson for Florida Fish and Wildlife Conservation Commission, told FOX 35 late Friday that the agency was not able to get a duck's carcass, so they were not able to test whether the ducks' deaths were from bird flu or algae.