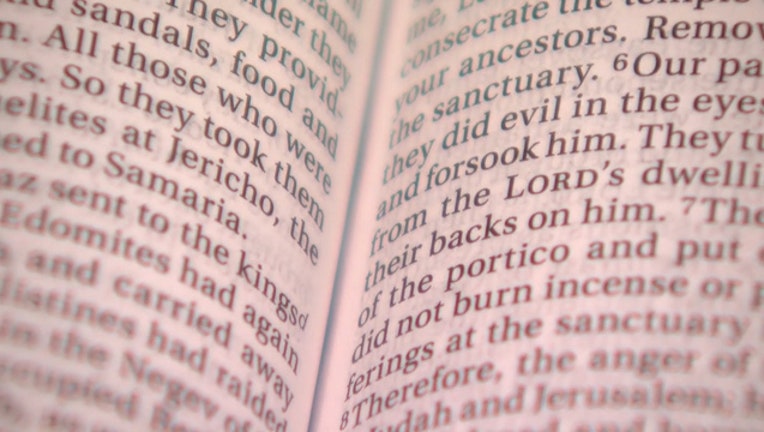 TALLAHASSEE, Fla. (AP) - Legislation that would require all Florida public high schools to offer elective courses on the study of the Bible won approval Thursday in a House committee but still faces many hurdles and constitutional questions before it could become law.

The bill sponsored by Democratic Rep. Kimberly Daniels of Jacksonville cleared a House Education panel Thursday on an 11-3 vote. Daniels said the intent was not to teach a specific religion in school but rather to emphasize the Bible's role in history, culture and the founding of the U.S. government.

"No student would be forced to take any of these courses," Daniels said. "It doesn't teach Christianity. It teaches from the Bible on history and culture. It's a foundation of this country."

There are actually three courses that could be offered in grades 9 through 12: the Hebrew scriptures and Bible's Old Testament; the Bible's New Testament; and a combination of all three. The curriculum would have to be neutral as far as the religious aspects and could not harbor any hostility toward other religions or holy books.

Anthony Verdugo of the Christian Family Coalition said the courses would not be "devotional" in nature but focused on an objective, academic look at the Bible.

"We cannot deny the impact of the Bible on world history and humankind. This is about academics. This is about expanding one's worldview," Verdugo said.

Opponents raised concerns that such Bible classes might be subject to lawsuits over the Constitution's separation of church and state. Others said the course should also teach holy texts from other religions, such as Islam, Hinduism and Buddhism.

"Religious neutrality with just one book. That just doesn't connect to me," said Democratic Rep. Anna Eskamani. "There's a reason why we have separation of church and state in this country."

In addition to the constitutional issues, the bill's future is uncertain in part because there is no companion measure filed in the Senate. Some lawmakers are concerned about exposing Florida school districts to potentially costly lawsuits without providing them with any money or financial protection.

Daniels said 10 other states currently offer similar Bible courses in public schools and six additional states have such measures under consideration. None have been struck down by courts, she said.

"This is a public policy issue, not a worship issue. Religion will not be pushed down their throat," Daniels said.