Supporters celebrated the victory in Downtown Orlando on Saturday.

ORLANDO, Fla. - Supporters of Democrat Joe Biden gathered at Lake Eola in Downtown Orlando to celebrate his win in the 2020 race for the White House.

The announcement came on Saturday that Biden would be the 46th president of the United States, defeating President Trump.

Cars honked in support as people waved flags in solidarity. 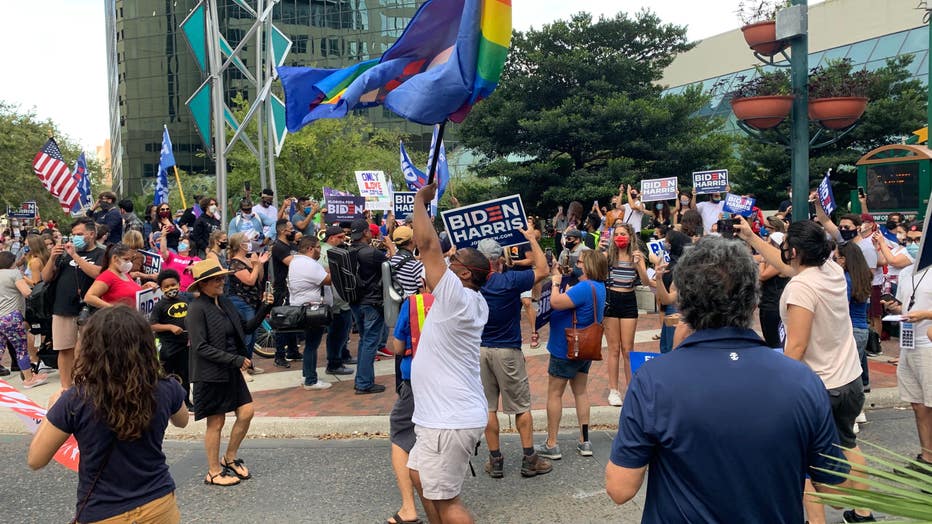 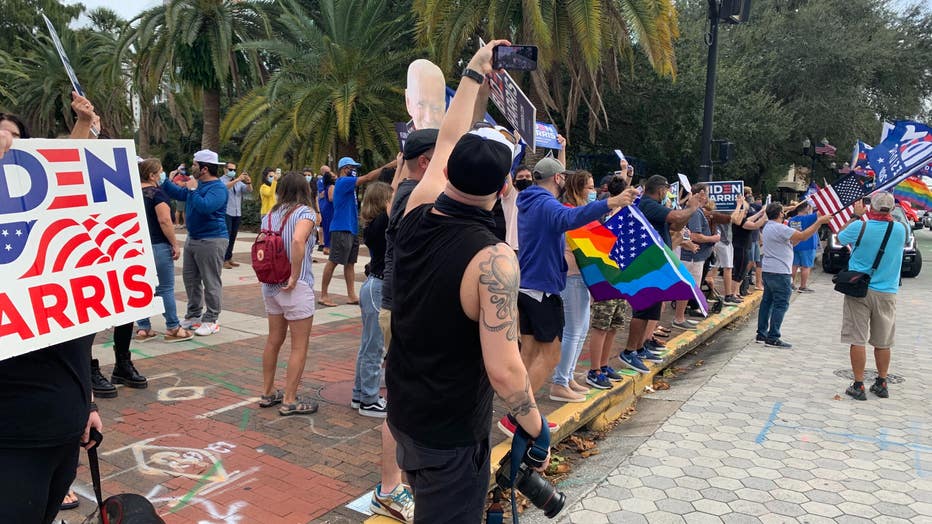 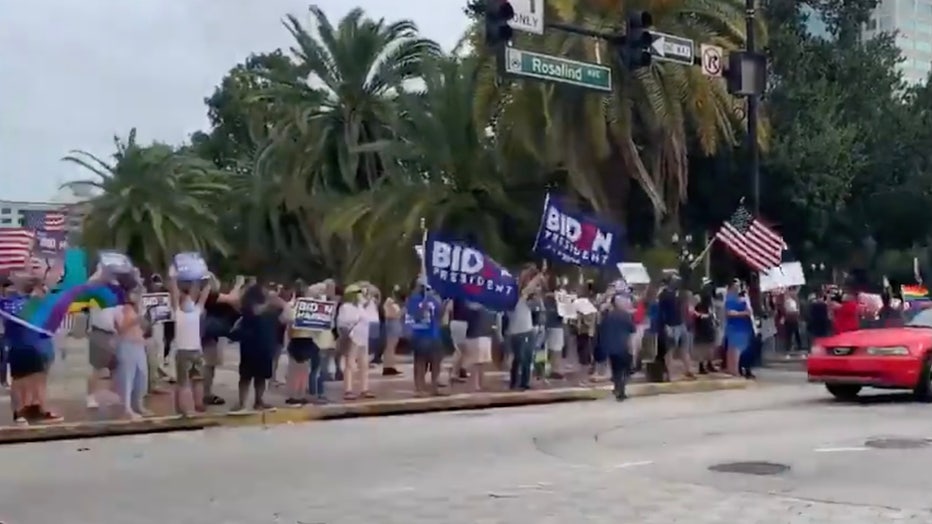 Solano tells FOX 35 News that he believes Biden will bring "the professionalism and the respect that the office of the presidency deserves.

Projections by the Associated Press and FOX News show that Biden won the presidency on Saturday, defeating President Donald Trump.

People are waving flags and cheering in celebration of Joe Biden and Kamala Harris.

Watch FOX 35 News for complete coverage of the 2020 election.