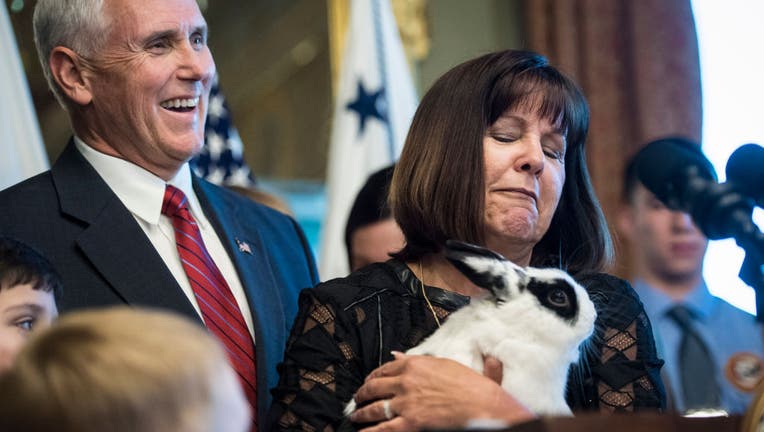 "Marlon, you came into our lives at just the moment we needed you most. I never could have predicted that a little bunny I found on Craigslist for a college student film would give me the courage to write my first book and be the inspiration for two more," Pence Bond wrote. 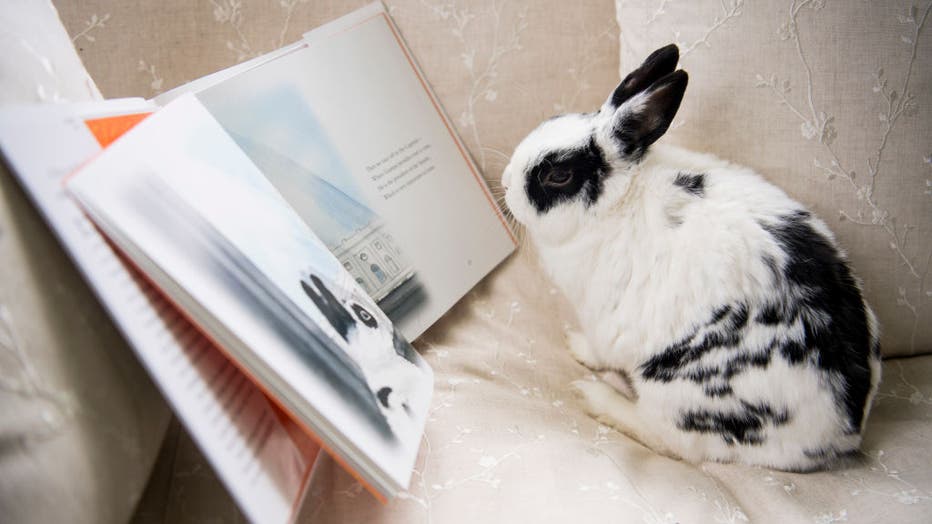 The Pence family's pet rabbit Marlon Bundo looks at the children's book about him at their residence at the Naval Observatory in Washington, DC on March 9, 2018.

Marlon was the main character in a children’s book, "Marlon Bundo’s A Day in the Life of a Vice President." The book was written by Charlotte Pence Bond and illustrated by her mother, Karen Pence. The book was meant to share with kids what a day in the life of former vice president Mike Pence was like. Marlon Bundo grew in popularity and even had his own Instagram account.