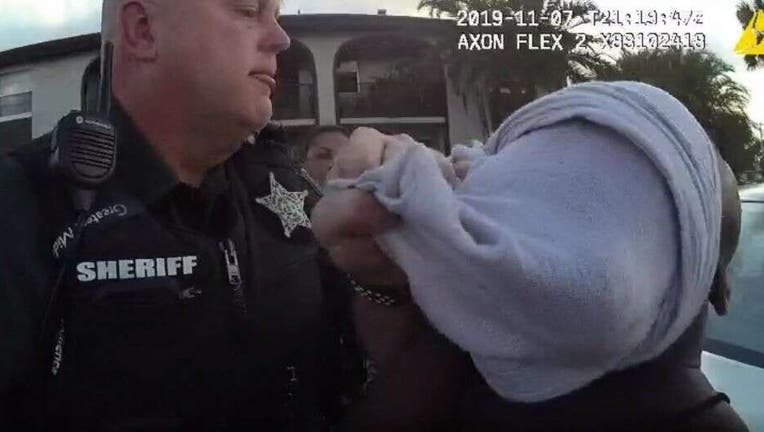 ORANGE COUNTY, Fla. - The State Attorneys Office announced on Tuesday that a battery charge has been filed against a school resource deputy who was fired in November 2019 for yanking a 13-year-old girl by the back of her head.

In November 2019, a school resource deputy was fired after investigators said he got rough with a 13-year-old female student. A video of the incident showed a deputy grabbing the girl by the back of her head and forcefully pulling her head backward. The student can be heard screaming

After the incident, the family of the student said that the deputy used "an inappropriate amount of force" and want him charged with battery.

"When he did that, I was scared. And I was worried because I didn’t do nothing to him to treat me like that," Wilmica Edmond, the student, said.

MORE NEWS: 1 dead, 2 in hospital after wrong-way crash on U.S. 192 in Osceola County

Their attorney, Ryan Fletch, added that "that action was unjustifiable, a violation of Orange County Sheriff policy and unacceptable."

Edmond reportedly saw a doctor for neck problems and pain associated with the incident at school, her lawyer, Joseph Osborne, said. She added that sometimes she can barely sleep because of the pain.

MOBILE USERS: Click to watch a news conference with the 13-year-old victim

In a news conference in November 2019, Sheriff John Mina said that “there’s no doubt in my mind his actions were excessive and I didn’t see a need to put his hands on a middle school child. To me it looked like he lost control and his actions were totally inappropriate."

Months later, the State Attorney Office announced on Tuesday, February 18, that a battery charged has been filed against Harry Reid, the deputy accused of pulling a girl by the hair. Their investigation is still ongoing.

Reid had been with the Orange County Sheriff's Office since February 22, 2019 prior to his firing.