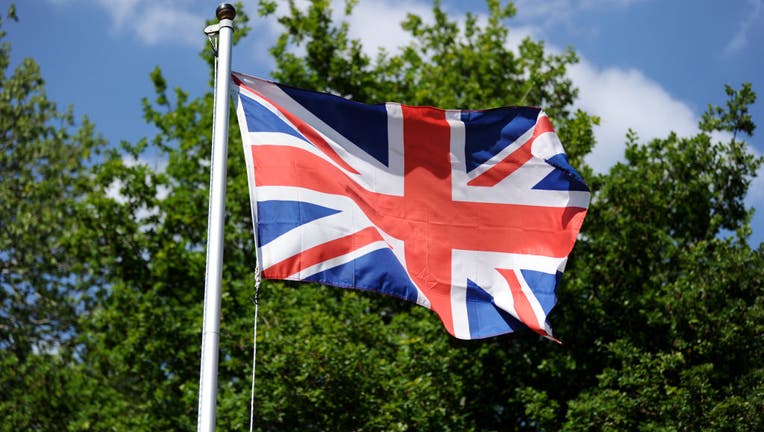 A Union Flag flies in the wind in the grounds of the Christ Church, Crookham on May 08, 2020 in Church Crookham, United Kingdom. (Photo by Alex Burstow/Getty Images)

NOTTINGHAM, United Kingdom - A British bar owner who shuttered his business amid the United Kingdom’s coronavirus lockdown restrictions is turning to religion.

Since the U.K. permits places of worship to remain open amid the COVID-19 pandemic, James Aspell hopes to turn 400 Rabbits Tequila and Mezcal Cocktail Bar into “The Church of The Four Hundred Rabbits.”

Aspell said his antics started as a joke, and that he’s not trying to offend anyone or break rules. But he’s serious about the message he’s hoping to send.

According to the BBC, the lockdown measures consist of three tiers.

The first tier simply applies the rule of six to indoor and outdoor settings. That means only groups of six or smaller may gather.

Bars in Tier 2 may only open to serve “substantial meals.” Pubs in the third tier are only allowed to operate as a takeout or delivery service, the BBC reported.

“With the new restrictions, we’re forced to close and it could be months before we can reopen. We don’t have a food offering so even if we were in Tier 2, we couldn’t open,” Aspell told the Nottingham Post.

Woman shatters hundreds of bottles of alcohol in supermarket

In all tiers, gyms, massage parlors and hair salons may remain open, which Aspell described as “ridiculous.”

“We feel like we’ve been targeted unfairly, to an extent, and it seems wrong,” he stressed.

Aspell submitted his application to Nottingham’s registrar general for consideration. While he waits, his establishment will be signing up new members of its congregation.

Those who join his church can style themselves as “a bunny believer” or “a reverend of the righteous rabbits.”

Aspell has committed to remaining closed unless his application is approved or restrictions are lifted. But even if Aspell’s endeavor is successful, he recognizes they likely won’t be able to serve alcohol anymore.

“We might be able to adapt in a different way and have some fun with it,” he said.

According to data collected by researchers at Johns Hopkins University, the United Kingdom has more than 1.65 million confirmed coronavirus cases — the sixth most in the world.