A man accused of leaving the scene of a crash was arrested while wearing his Easter Bunny suit. Antoine McDonald became internet famous after being recorded on camera breaking up a fight in Downtown Orlando while wearing a bunny suit.

Investigators say Antoine McDonald, who calls himself “Bad Bunny," lost control of his motorcycle and slammed into a carport which then collapsed.  FHP says McDonald fled from the scene.

Troopers ran the tag on the bike then showed up at the home to whom it was registered. As they pulled up, investigators say a car was pulling out of the driveway.  Troopers say they pulled the car over and saw a man hiding in the back seat in a bunny costume.

FHP pulled McDonald out of the car and cuffed him.  The dashcam video shows the bunny suit falling off of McDonald as troopers pull him up.  He was put in the back of the patrol car wearing just his underwear and a t-shirt.   In the dashcam video, you can hear McDonald telling the trooper who he is.

Last year McDonald became an internet sensation after a video surfaced of him in the bunny suit breaking up a fight in the middle of downtown Orlando, then throwing a few punches of his own.

McDonald is charged with leaving the scene of a crash involving property and driving with a suspended revoked license.  Troopers did not in the report that McDonald had an abrasion on his left leg and a laceration in the rib, consistent with a crash. Paramedics were called to tend to his injuries. 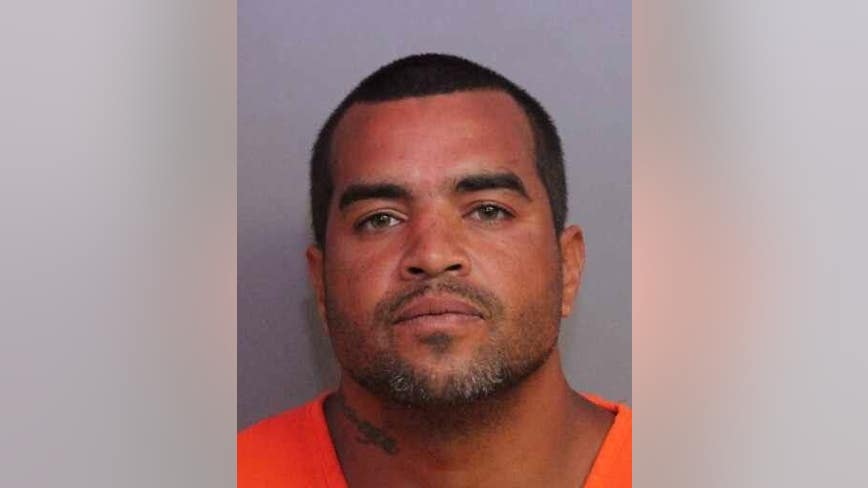