Dolphin rescued after it was caught in a crab trap

CLEARWATER, Fla. - A young dolphin found tangled in a crab trap on Clearwater Beach is in critical condition, according to SeaWorld Orlando officials. The dolphin was found near Pier 60, and was taken directly to SeaWorld Orlando for rehabilitation.

SeaWorld officials did say its rehabilitation team is working around the clock to provide care for the baby dolphin.

When they looked closer, they found a baby male dolphin tangled in the remnants of a crab trap, Clearwater Marine Aquarium official said. 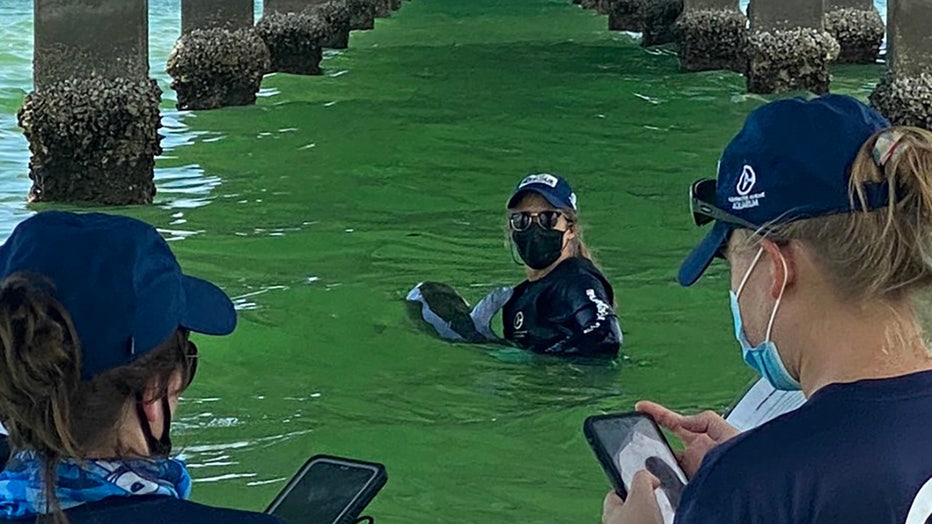 Rescuers were hoping the adult, which they believe may be the mother, would return – but the older dolphin never reappeared.

Lifeguards were in the water with the young dolphin, which they say is around 60 pounds. Wildlife experts from Clearwater Marine Aquarium were also on the scene.

Just before 4 p.m., crews with CMA put the juvenile in a harness and carried the dolphin to shore. CMA said the dolphin was taken directly to SeaWorld Orlando for further treatment. 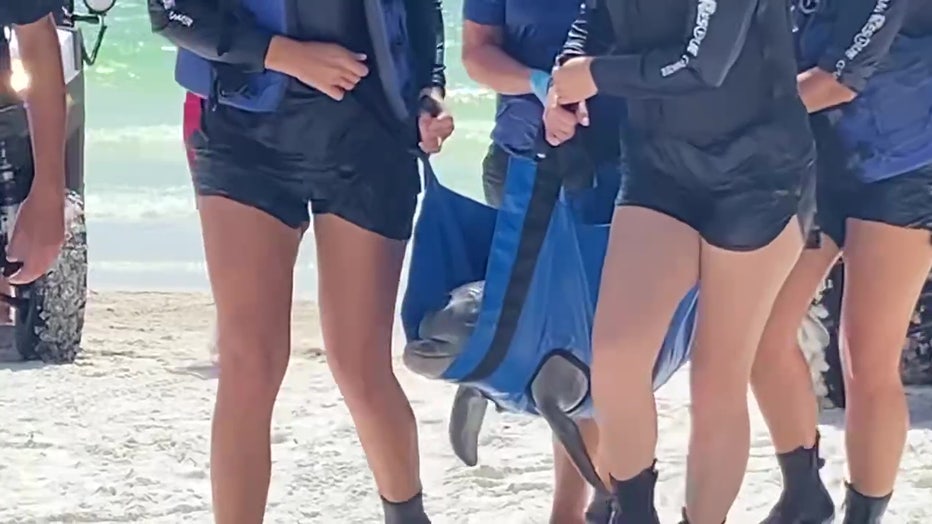 The rescue is reminiscent of the story of Winter the dolphin, who got her famous prosthetic tail after she was caught in a crab trap line near Cape Canaveral back in 2005. She went on to inspire a book called "Dolphin Tale" and eventually starred in the movie of the same name, which chronicled the story of her recovery. She was the most famous resident of the Clearwater Marine Aquarium and passed away in Nov. 2021 at the age of 16.