Drivers want changes after another crash at dangerous crash

One of the crashes at the intersection was fatal.

"I was a little bit scared and was like dang, my truck’s probably destroyed. I’m upside down," 19- year-old Kartiks Patel told FOX 35. He feels blessed to have survived a car crash that totaled his pickup truck.

The crash happened as he was making a left onto Perdido Drive from Avalon Park Boulevard over the weekend. He said he "turned and didn’t know the car was going as fast as he was."

Bernadette Thompson said that her daughter Kayla was killed while also trying to make the same left turn last year. She explained that Patel's "truck flipped over in the same exact stop that my daughter died in." 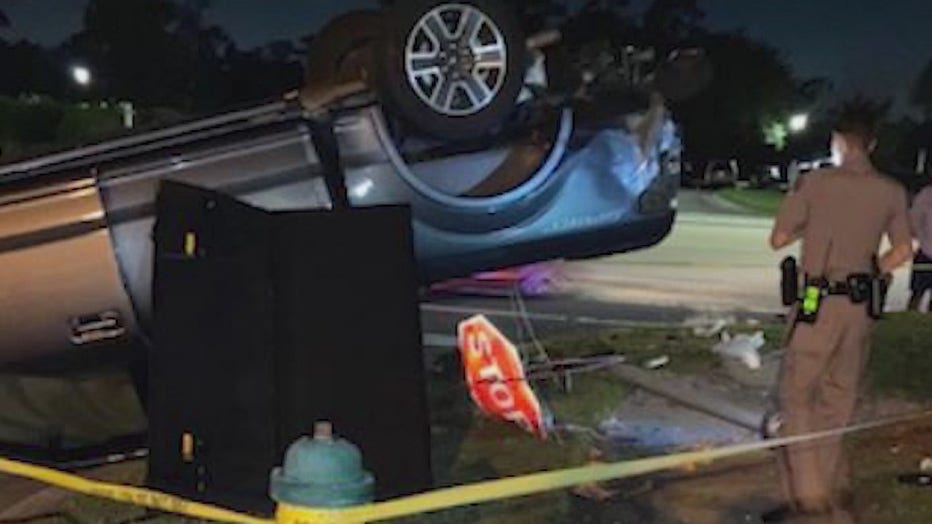 The family created a petition to get the county to install a traffic light here. The drivers making the left turn violated the right of way but the family says people are speeding, making it a very dangerous curve with a blind spot.

Thompson says the county told her a signal would be installed but when the pandemic hit, she wasn't so sure, stating that "when I follow up with it they’re like, 'ya don’t worry we’re still working on it.'"

Patel believes "something should have been done sooner. That neighborhood is huge."

An Orange County traffic engineering project manager confirmed that they did a traffic study and determined that a signal should be installed at the intersection of Avalon Park and Pellicer Driver, the next block south from Perdido. However, after we talked to them again, they plan to conduct a new crash analysis to see if road conditions have changed.

Thompson thinks the light should be installed where the crashes have occurred, stating that "we could save someone’s life and not go through what I’ve gone through the last 19 months."