Gaiters, bandanas, or masks that don't have at least two layers are not allowed.

But is that because those masks are less effective and put you at risk?

The short answer is yes.

The type of mask you wear is becoming all the more important as theme parks continue to add rules about what's acceptable and what's not.

"We always watch for the theme parks and what they do because they have a lot of scientists," said Dr. Raul Pino, with the Florida Department of Health in Orange County.

Researchers who conducted this study, unrelated to the parks, found particles from an unmasked cough can travel 12 feet.

A stitched cotton mask keeps particles traveling only one foot.

But a bandana still allows particles to travel four feet. 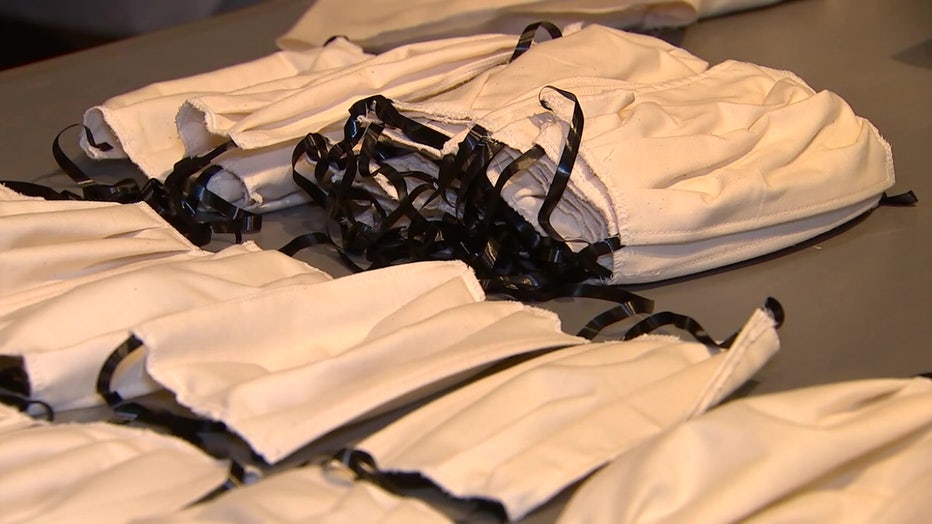 "Actually the neck, the bandana thing, those are the least effective," Dr. Pino said.

He says it makes sense.

"They are normally made out of one layer. It’s all synthetic and very flimsy and stretch," he said.

Some people told FOX 35 they consider a lot of things when buying a mask.

However, anything that gets the job done is definitely good for me," said Nick Schuibbeo, who lives in Orlando.

Schuibbeo says he makes sure his masks have double layers for more safety, but says it's clear some aren't taking it as seriously.

"Adhere to just being nice, being an intelligent person and understanding what the best thing is for everybody around us. It’s not just about you. It’s about everybody else," he said.

Ultimately, Dr. Pino says any kind of face covering is better than none at all and a lot of how effective it is depends on the amount of time you wear it, your exposure and the type of activity.