Countdown to NASA's big return to the moon

NASA said that the agency is "go" for next week's launch of the Artemis I mission. The agency said Monday that the Flight Readiness Review has concluded. Its teams are proceeding toward a two-hour launch window starting at 8:33 a.m. ET on Aug. 29 at Florida's Kennedy Space Center. Artemis I marks the first integrated test of NASA’s Orion spacecraft, Space Launch System (SLS) rocket and the ground systems.

KENNEDY SPACE CENTER, Fla. - NASA plans to launch the first rocket in 50 years designed to carry humans back to the moon on Monday. Understanding what happens before the scheduled Artemis launch can help you check off milestones with NASA officials.

NASA's Space Launch System and Orion are set to launch from Kennedy Space Center launchpad 39B no earlier than 8:33 a.m. on August 29.

Onsite at the Kennedy Space Center, the iconic countdown clock is one of the most-watched timepieces. 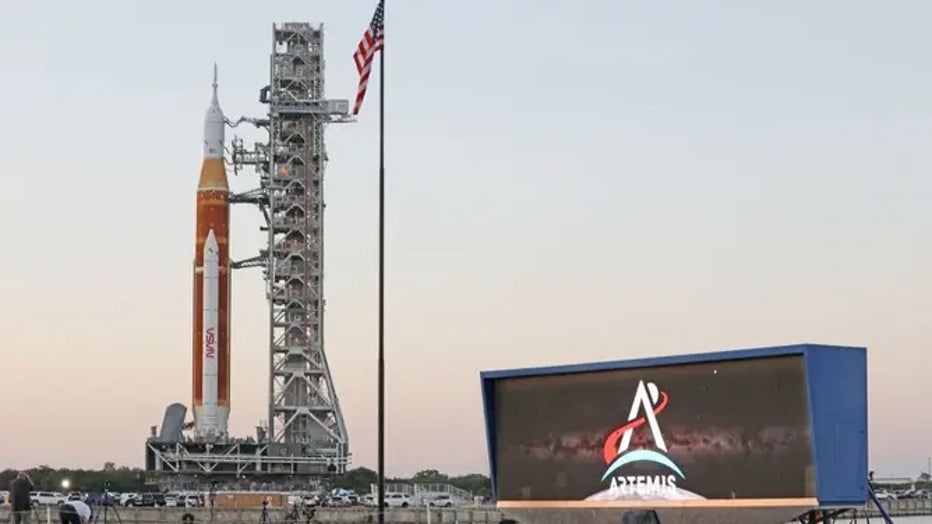 The massive Artemis I rocket rolls past the countdown clock atop a mobile launch platform en route to Launch Pad 39B from the Vehicle Assembly Building at the Kennedy Space Center in Florida March 17, 2022. (Photo by Gregg Newton / AFP) (Photo by GRE

But, if you're following from home, understanding how the countdown operates and what key events will make you feel just as included as Artemis prepares to launch.

The Artemis launch countdown contains "L Minus" and "T Minus" times. "L minus" indicates how far away we are from liftoff in hours and minutes. "T minus" time is a sequence of events that are built into the launch countdown. Pauses in the countdown, or "holds," are scheduled into the countdown to allow the launch team to target a precise launch window and to provide a cushion of time for specific tasks and procedures without impacting the overall schedule.

Critical checkpoints for a successful launch

Here are some of the critical events that take place at each milestone after the countdown begins:

A lot happens in the final 10 minutes before liftoff.

About the Artemis-1 launch 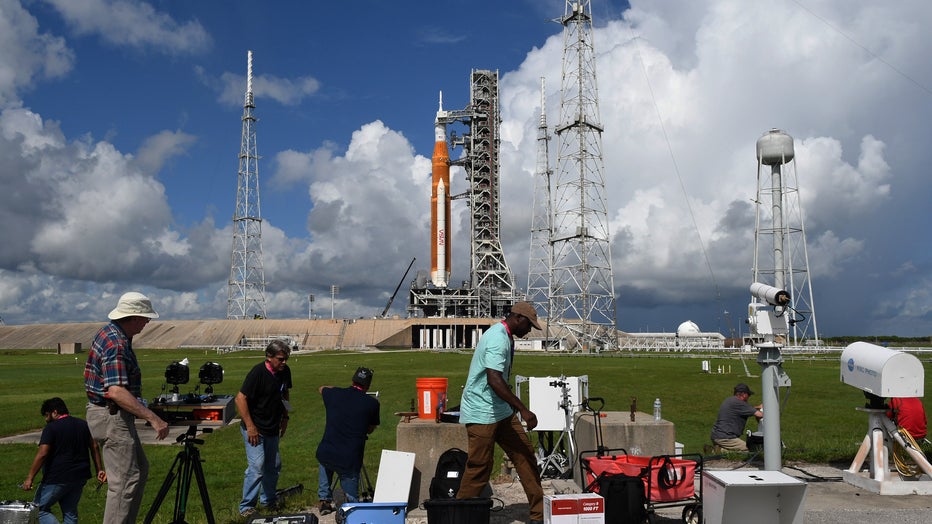 The Artemis 1 mission is the first test flight of NASA's Space Launch System rocket and the Orion spacecraft.

Artemis refers to the name of NASA's campaign to return humans to the moon's surface by 2025 as a jumping-off point to Mars. The four astronauts who launched on that mission, Artemis-3, will be the first moonwalkers since Apollo 17 in 1972.

WHAT IS NASA'S ARTEMIS 1 MISSION GOING TO DO?

There are many goals of this test flight, including testing Orion's communication, navigation and guidance systems, ensuring the overall launch and performance of SLS and ensuring Orion's heat shield can withstand Earth re-entry at 25,000 mph.