Doubling down on illegal immigrant claims

FOX 35 News investigated the claims made in a viral video alleging immigrant workers staying at an Extended Stay America in Maitland, Florida were illegal immigrants. That is not the case.

APOPKA, Fla. - FOX 35 News investigated claims made in a viral video alleging that immigrant workers staying at the Extended Stay America in Maitland, Florida were here illegally. That was not the case.

It was his workers seen in the viral video. Those men reporting to work today to care for the sprawling nursery.

"If we did not do the program, we wouldn’t stay in business," said Dewar.

Dewar’s H-2A job posting is easily found on the U.S. Department of Labor’s website. There you can see the need for 100 people to work 50 hours a week getting paid over $12 an hour.

Dewar also has to house, feed, and transport the employees. He has chosen Extended Stay America because he feels it’s a safe area for his employees to live.

Although, Florida State Rep. Anthony Sabatini, a Republican who is also running for congress, isn't sold. 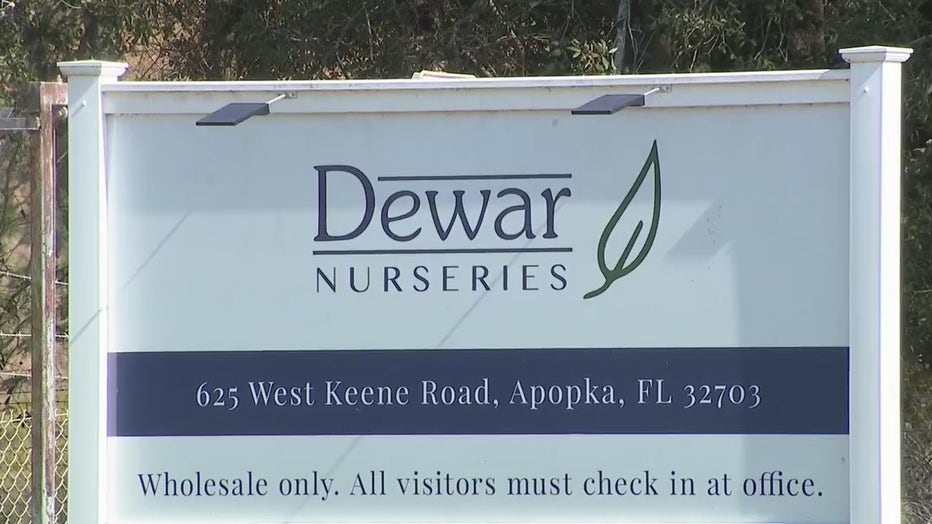 "I’ve heard that they’re legal migrant immigrants, and I have no reason to doubt them, but, to be honest with you, I haven’t seen that myself just what I’ve heard reported which seems to be hearsay," said Sabatini.

Sabatini was one of the local politicians to tweet out the viral video claiming the Hispanic men seen in the video are undocumented migrants. He says his claims were a fair assumption.

"You look, and you see something that is quite obvious what it is, and like I said it’s a very rare occurrence if they are legal. You have one million illegal immigrants in Florida right now," said Sabatini.

Sabatini was asked if jumping to conclusions and assuming a group of Hispanic men were illegal was responsible.

"I don’t think what they did was wrong, whatsoever. I think when you look at the raw footage, and it absolutely lines up with what’s happening in Jacksonville and dozens of other cities," said Sabatini.

As for Dewar and his workers, he says the whole situation has been frustrating, but he hopes the facts will change people’s opinions.

As for Dewar he has spoken with his lawyer about possibly pursuing legal action against some people making false claims.