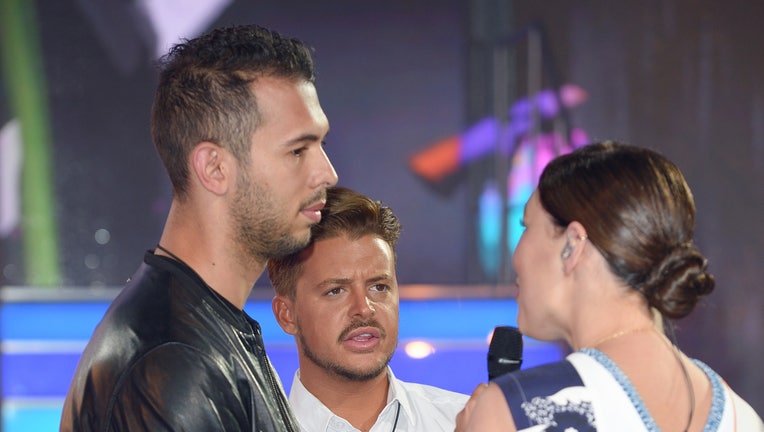 Tate, known for his extreme and misogynistic comments, has also been banned from TikTok, a spokesperson confirmed to FOX TV Stations, but videos of him on TikTok are posted by his fans, not Tate. In addition to Tate’s account being suspended, TikTok is reviewing and removing videos that violate the platform’s community guidelines on misogynistic language.

"Misogyny is a hateful ideology that is not tolerated on TikTok," the company said. "Our investigation into this content is ongoing, as we continue to remove violative accounts and videos, and pursue measures to strengthen our enforcement, including our detection models, against this type of content."

Tate’s online content, in which he describes using violence against women and refers to them as property, has soared in popularity in recent months. Videos with the #AndrewTate hashtag on TikTok have been viewed billions of times. He reportedly had 4.7 million followers on Instagram before being banned, and according to The Guardian, people searched Tate’s name on Google more than Donald Trump or Kim Kardashian in July.

But investigators believe the rise to fame was not an accident. According to the Observer, Tate’s followers were told to post as many videos of Tate as possible and to choose the "most controversial" clips. Analysts have said it’s a way to manipulate algorithms and artificially boost his popularity.

LiveNOW From FOX's Mike Pache speaks with a psychologist about how social media platforms trigger teens and children to become addicted.

Who is Andrew Tate?

Tate’s first claim to fame was as a housemate on the 17th season of CBS’s Big Brother. A former kick-boxer, he was kicked off the show after a video surfaced showing him beating a woman with a belt. Tate later said it was consensual.

The 35-year-old was permanently banned from Twitter in 2017, at the height of the #MeToo movement, for saying that women should bear some responsibility for being raped.

The Guardian also reports that Tate is accused of running a marketing scheme to promote "Hustler’s University 2.0."

Romanian police in April reportedly raided a mansion Tate shares with his brother there for allegedly holding two women against their will, but he was never charged with a crime. Police have since said the investigation is ongoing.

Tate denied both allegations in a YouTube video posted July 19 and described himself to NBC News as a "success coach" who plays an "online character."

His videos have also prompted concern from teachers who have organized to respond to Tate’s popularity among high schoolers.