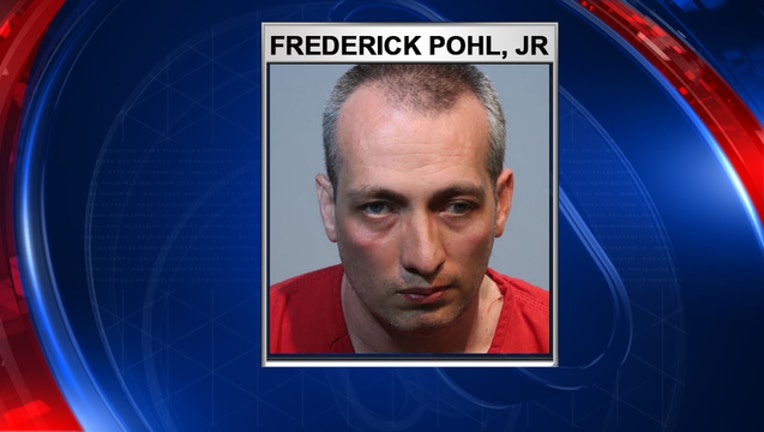 LAKE MARY, Fla. (FOX 35 ORLANDO) - A 40-year-old Florida man attempted to lure an 8-year-old girl for sex, bringing condoms and a child-sized pink dress to what he thought was an arranged encounter with the child through her father, authorities say.

Frederick M. Pohl Jr., of Clermont, engaged in a series of online chats prior to his arrest on May 21, according to investigators.

"Pohl believed he was chatting with the child and her father, but he was actually communicating with an undercover federal agent," read a news release issued by the U.S. Department of Justice.

Investigators say Pohl sent explicit photographs of himself and arranged to meet with the child at an Orlando hotel.  When Pohl arrived at the hotel, expecting to meet the girl and her father, he was arrested by agents with the Department of Homeland Security.  He has been detained since his was taken into custody.

Pohl is charged with attempting to entice a child for sex.  If convicted, he faces a maximum penalty of life in federal prison.

This case was brought as part of Project Safe Childhood, a nationwide initiative launched in May 2006 by the Department of Justice to combat the growing epidemic of child sexual exploitation and abuse and will be prosecuted by Assistant United States Attorney Michael P. Felicetta. Anyone with additional information should contact Homeland Security Investigations at 1-866-DHS-2ICE (347-2423).

This story was reported out of Lake Mary, Florida.