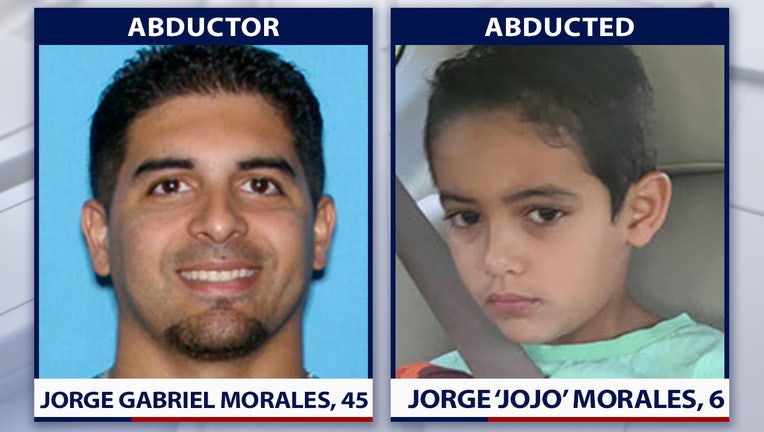 MIAMI, Fla. - An Amber Alert has been issued for a Miami boy, who was at the center of a Florida Missing Child Alert just days ago. He has been missing for almost a week.

According to the Florida Department of Law Enforcement, 6-year-old Jorge "JoJo" Morales may be with 45-year-old Jorge Morales. Miami-Dade police say they are father and son.

Officials said the child was picked up from his mother's home Saturday morning by his father and paternal grandmother, 68-year-old Lilliam Pena Morales.

"The missing juvenile may be in need of services," according to Miami-Dade police.

"JoJo" was last seen in the 23700 block of Southwest 184th Avenue in Miami. He is described as a Hispanic boy, with brown hair, and brown eyes, weighs 50 pounds, and is 3 feet tall.

He was wearing a gray shirt, gray shorts, and black shoes.

The 45-year-old is described as a Hispanic man, who is 6 feet tall, weighs 185 pounds, and has brown hair and brown eyes.

No other information was immediately available, including what may have led up to the child's disappearance. The Florida Missing Child Alert for JoJo was issued Wednesday. 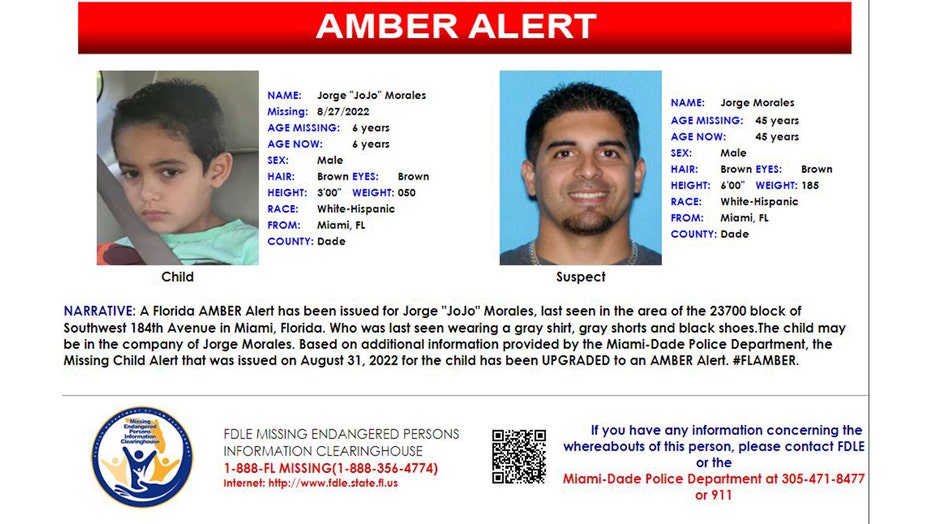