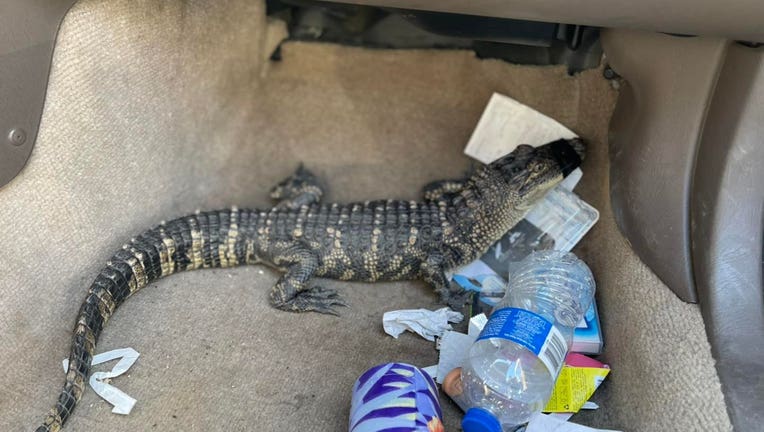 ANDERSON, Ca. - Police in California found more than just a wanted felon during a traffic stop: they found an alligator!

The Anderson Police Department posted photos of the unlikely passenger they say was riding with a man who had a warrant for a probation violation.

Police say last week, they were told there was a possible DUI driver on the road in Anderson.

Officers pulled over the driver, Tyler Watson, and found that Watson had an active felony warrant for his arrest.

"A DUI evaluation was conducted and Watson was found to not be impaired. Watson was arrested on his warrant," police wrote on Facebook.

However, once he was under arrest, police say he told them he had a live alligator on the floorboard of his vehicle.

"Officers looked into the vehicle and found there was in fact a live alligator."

According to police, Watson said the alligator belonged to a friend of his, "however that person was arrested a week ago, so he has been caring for it since."