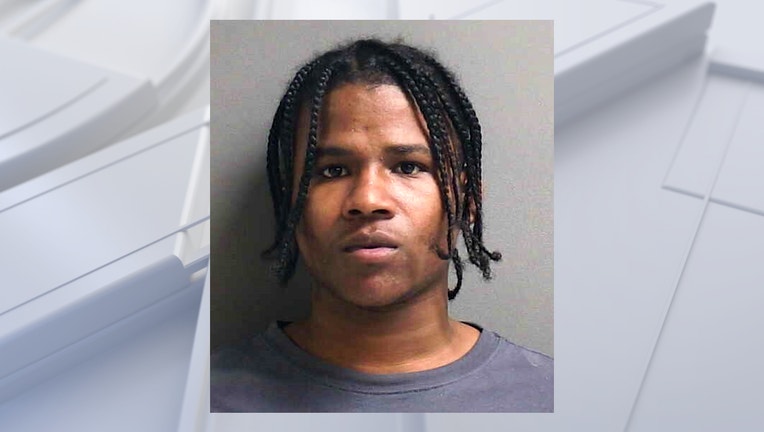 LAKE MARY, Fla. - The Volusia County Sheriff's Office has made an arrest in a 5-months-long narcotics investigation.

Romario J. Burrowes, 21, a Jamaican national wanted on 28 counts with a total bond of more than $6.8 million, was taken into custody in Daytona Beach without incident Thursday afternoon outside an apartment complex on Jimmy Ann Drive.

"Over the course of the investigation, an undercover detective made multiple controlled purchases of heroin, fentanyl and meth from Burrowes. The amount of drugs totaled 482 grams of heroin, 229.4 grams of fentanyl, and 169 grams of meth," a Sheriff's Office spokesman said.

During Thursday’s arrest and execution of a search warrant, detectives said they seized another 103 grams of fentanyl, 410 grams of meth, 43 Oxycodone pills, four handguns, a little more than $1,000 cash, and narcotics paraphernalia.

Burrowes faces several charges including multiple counts of trafficking and delivery of fentanyl, heroin, and meth, as well as conspiracy and other crimes.

The investigation was a joint effort involving the Drug Enforcement Administration, the Volusia Bureau of Investigation, and the East Volusia Narcotics Task Force. These teams include members of the Volusia Sheriff’s Office and partners with the DeLand, Edgewater, New Smyrna Beach, South Daytona, Holly Hill, and Ormond Beach police departments.