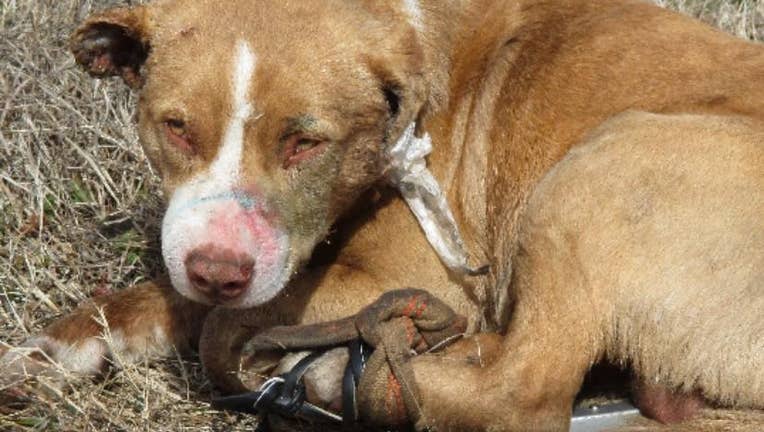 CREEK COUNTY, Okla. - "Today’s one of those days when you question humanity."

That is how the Humane Society of Tulsa started a Facebook post about Atlas, a dog that was found dumped in a field and abused.

According to the post, Atlas was found with his back legs strapped together and glue poured into his ears. Whoever did it also shoved fast food wrappers into his ears that became stuck to the glue. One of his ears was damaged so badly that he will need surgery.

But that's not all.

MORE NEWS: 12-year-old boy drops off pit bull puppy at shelter to protect it from his abusive father

"Some type of chemical had been dumped on his face/ears and it appears his ears have been partially burned or cut off," the shelter wrote. 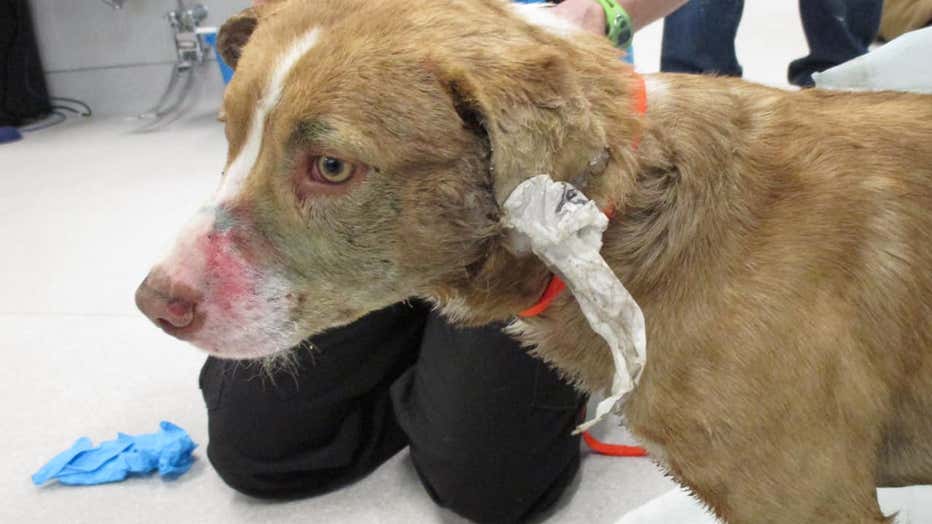 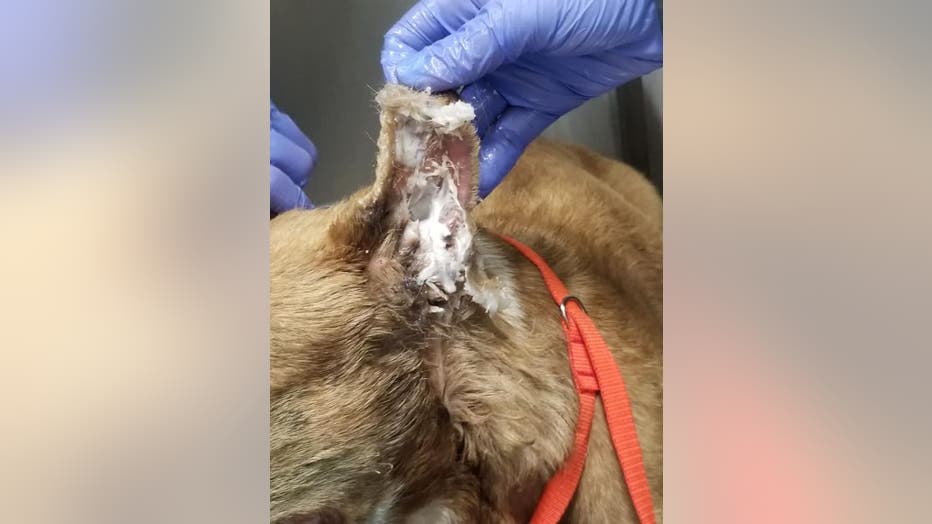 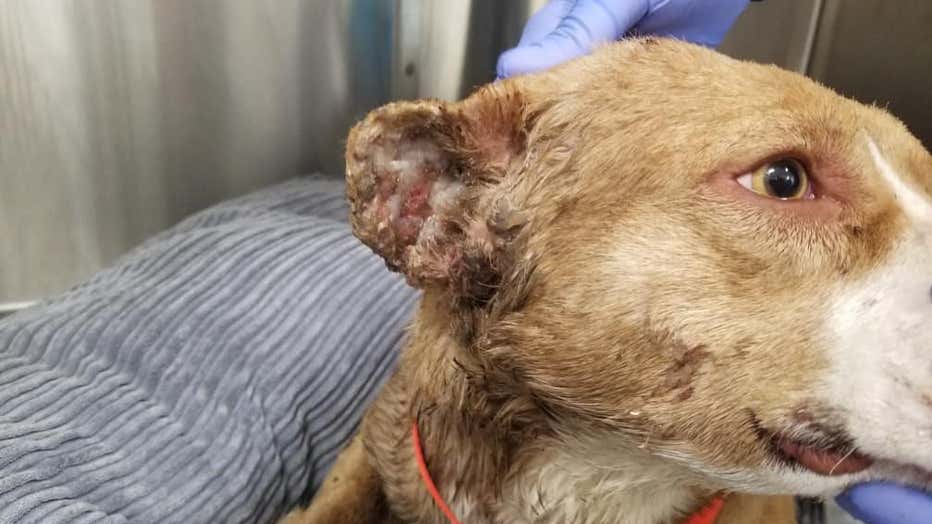 As if what the poor dog had gone through wasn't bad enough, the shelter said his X-rays showed that a BB was lodged inside of him,  indicating that he had been shot with BB gun too.

"From the moment we met him, he wasn’t mean, vicious or protectively aggressive. He just wanted help and warmed up to us as he realized we were there to help." 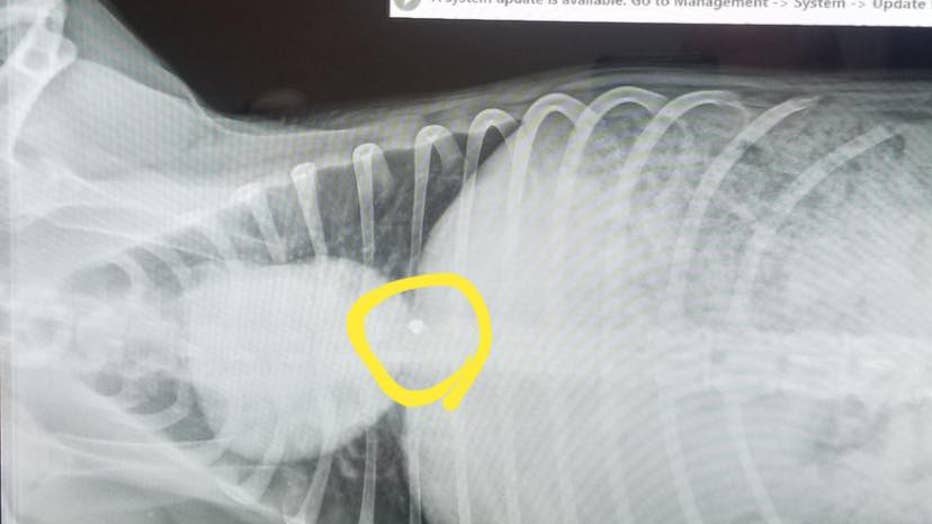 After hours of treatment by the veterinarians at VCA Woodland Central Animal Hospital, Atlas is finally resting comfortably. In an adorable updated photo, Atlas is seen smiling from ear to ear!

The shelter, in partnership with Ike's Chili and the Oklahoma Alliance for Animals, is now offering a $10,000 reward leading to an arrest.