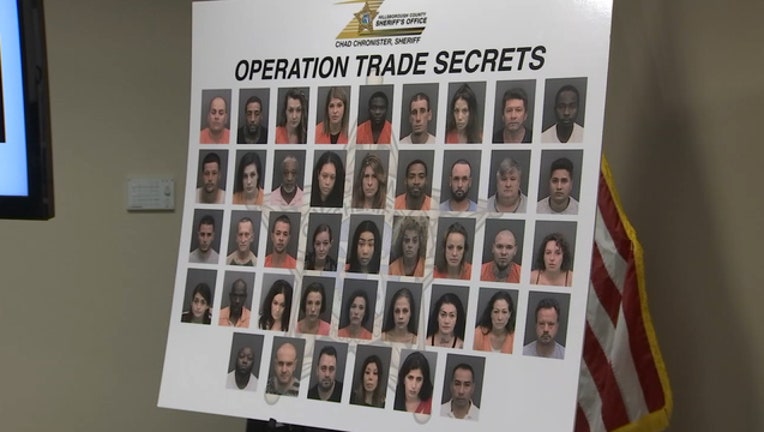 “Operation Trade Secrets” began at the outset of the year, focusing on hotels, motels, spas, massage parlors, strip clubs, adult bookstores and other activities, Hillsborough County Sheriff Chad Chronister announced Monday during a news conference. The sting targeted men trying to pay for sex with undercover deputies, but about half of the people arrested were women offering to commit prostitution.

“The only way to get proof of victims of human trafficking is to do an operation like this,” Chronister said. “You don’t know who’s there on their own free will . and who’s being forced to have sex. It’s probably one of the biggest challenges of interviewing these individuals.”

One of the people arrested was a sex trafficker, Chronister said. Marcell Walsh, 40, was arrested in April and charged with human trafficking after a woman he was staying with at a Tampa hotel told detectives that Walsh was forcing her into prostitution.

The Tampa Bay Times reports that people were arrested in Brandon, Gibsonton, Ruskin, Seffner and Tampa. Some face additional charges unrelated to human trafficking or prostitution, including possession of a controlled substance, lewd and lascivious behavior, possession of child pornography, practicing massage without a license and child neglect.

Florida had the third-most calls last year to the National Human Trafficking Hotline. Chronister said the efforts behind “Operation Trade Secrets” will continue.

Human trafficking is a particular concern for Tampa, which will host the Super Bowl in 2021. The FBI netted 169 arrests in a sex trafficking sting around Atlanta during this year’s NFL championship game.