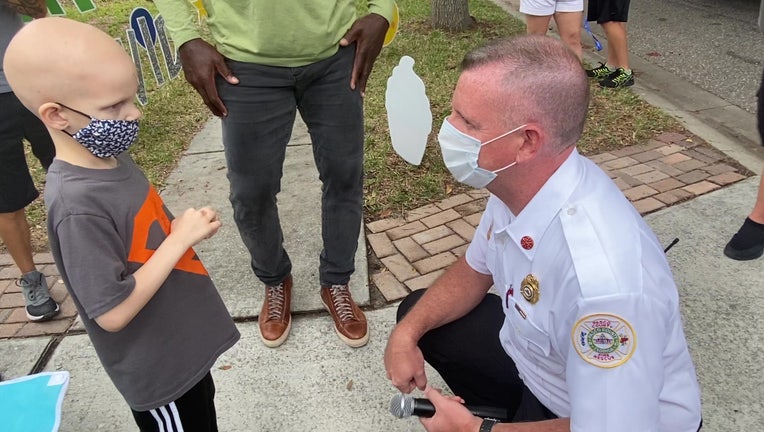 TRINITY, Fla. - Approximately 400 firetrucks, motorcycles and cars spent an hour driving by David Castle’s house on Sunday to wish him a happy 8th birthday and witness him being recognized as an honorary Pasco County firefighter.

Castle, who has been battling cancer since last October, turned eight on Mother’s Day. 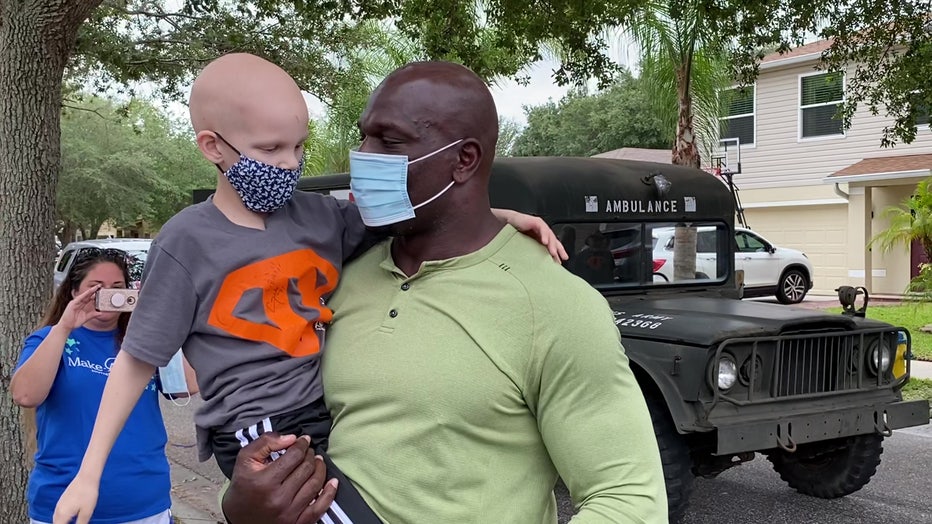 In addition to the birthday parade, WWE’s Titus O’Neal showed up to wish him a happy birthday. O’Neal presented Castle with a special wrestling belt, a book, mug and other presents. 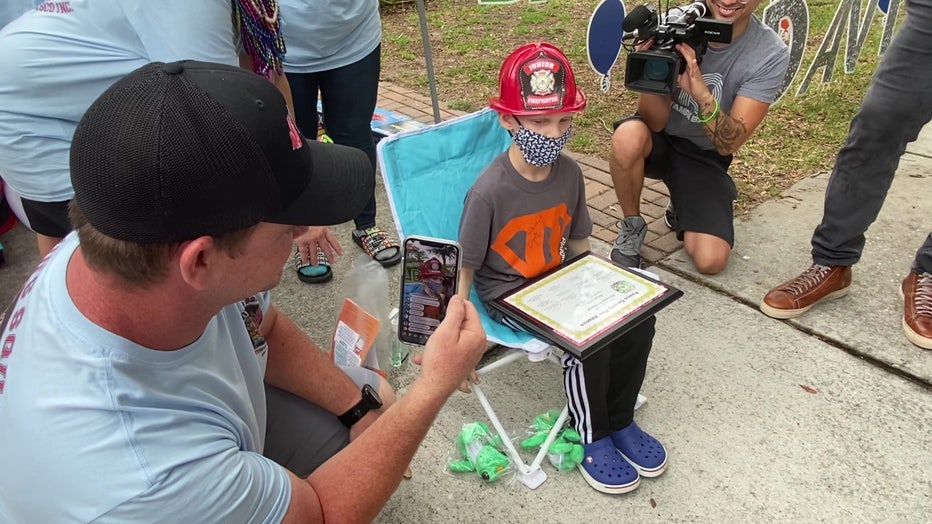 He said a plaque will also hang at station 15 in Trinity, so everyone who walks in the door will know he is an honorary firefighter.