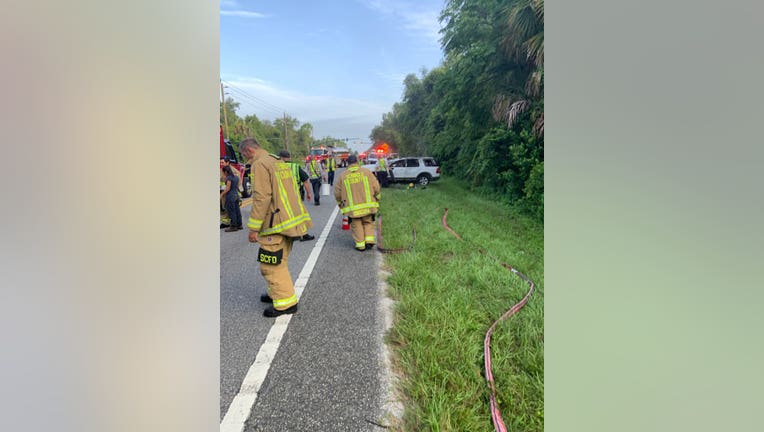 GENEVA, Fla. - Eight people were taken to the hospital Thursday morning after the SUV they were traveling in crashed when a deer crossed the road, according to the Seminole County Fire Department.

The Florida Highway Patrol said the crash happened shortly after 7 a.m. on State Road 46 and Hart Road in Geneva. 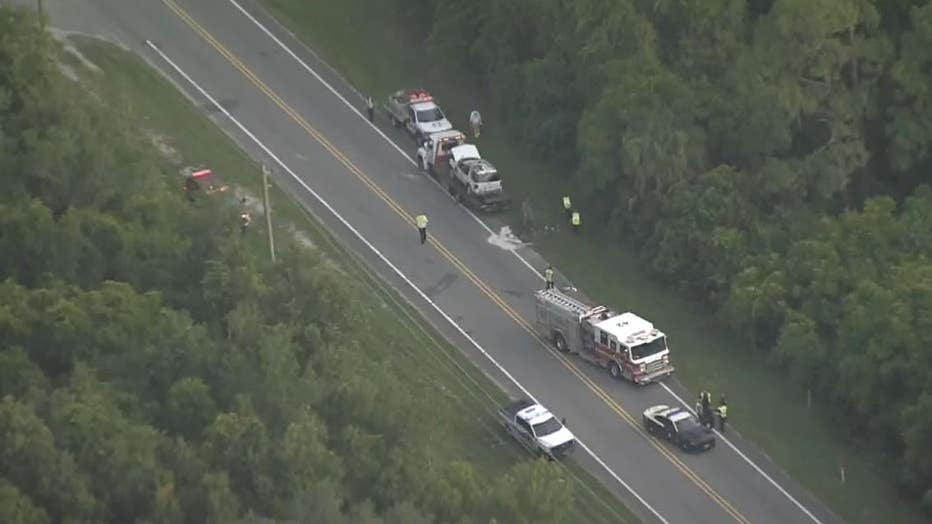 The SUV struck the deer and the impact caused the SUV to enter the eastbound lanes in the path of the Kia.

Authorities said the 18-year-old woman driving the SUV tried to swerve to avoid hitting the Kia, causing the SUV to lose control and overturn. She and seven passengers were taken to a local hospital with non-life threatening injuries, troopers said in a statement. The driver of the Kia – a 56-year-old man – was not taken to the hospital and remained on scene.

The road was shut down for an hour but has since reopened.