An elderly man has been arrested after deputies say he was caught impersonating a law enforcement officer.

OSCEOLA COUNTY, Fla. - A 77-year-old man has been arrested, accused of impersonating a law enforcement officer.

According to the Orange County Sheriff's Office, a deputy was in the area of Poinciana Blvd. and Old Tampa Hwy on Nov. 26 when he noticed a black and white Dodge Charger sounding its siren with a decal that said 'Metro State.' As the deputy approached the intersection, the deputy noticed a white BMW motorcycle with what appeared to have red and blue emergency lights stopping traffic to allow vehicles to pass headed to a funeral.

When the deputy asked the man, identified as Yunus Gardee, if he was a Sheriff, the deputy says that Gardee replied yes and that he has worked for 17 years.

The sheriff's office says he is not a sworn deputy, that he is a volunteer.

Orange County Sheriff John Mina said that when volunteers are trained, it's made very clear that they are not an official deputy.

"Sometimes they're out there assisting us and they are not supposed to represent themselves as an Orange County Sheriff's deputy."

Gardee was charged with impersonating a law enforcement officer. 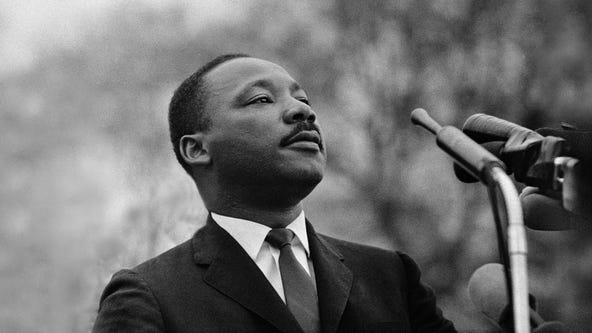