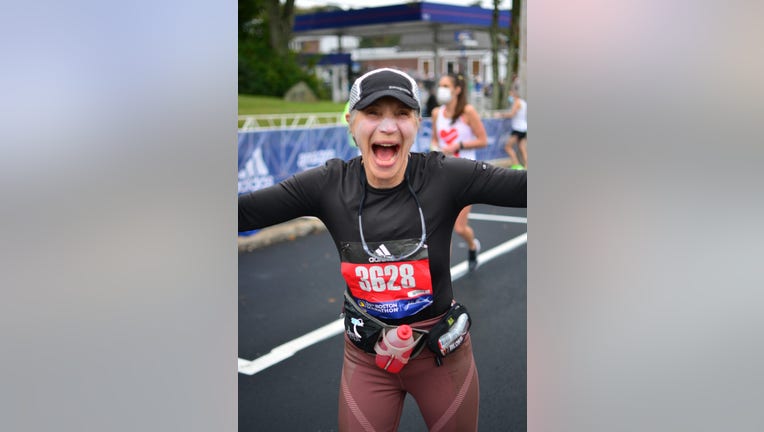 BOSTON - A 75-year-old Bay Area woman completed a remarkable feat last week as she ran the Boston Marathon for the 35th straight time. Orinda resident Patty Hung crossed the finish line with the distinction of having the longest active finish streak among women runners in the storied race.

It’s not just finishing the race itself for 35 straight years that’s a notable accomplishment but the arduous months of training that has preceded each marathon.

And not even a pandemic got in the way of Hung keeping her streak intact.

While she was able to participate in person for this year's 125th annual event, last year, she still made sure to take part as the marathon was held virtually due to the COVID-19 pandemic.

For Hung and other seasoned runners who have previously run the marathon route, this year's return was an especially emotional experience. "I’ve gotten teary-eyed a couple of times since I’ve been here," she told Runner’s World. 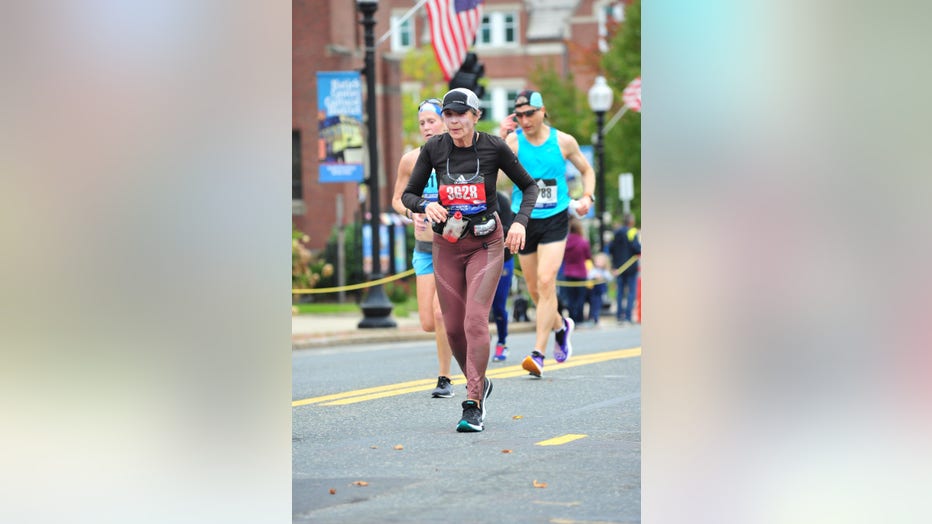 Orinda resident Patty Hung, 75, finished her 35th straight Boston Marathon on Oct. 11, 2021. She holds the record for the longest active streak among women in the storied race.  (Boston Athletic Association)

This year’s finish also put her one year shy of matching the all-time longest streak for women.

A finish for the 36th time next year, would have her catching up to the record set by Andrea Hatch of Maine who ended her streak after her last Boston marathon in 2013, according to the Boston Athletic Association.

"The B.A.A. applauds Patty for returning year in and year out for the Boston Marathon, and looks forward to her racing from Hopkinton to Boston again in six months at the 126th Boston Marathon," the association's communications manager Chris Lotsbom told KTVU.

It’s not just her athletic life that’s made her a standout.

Hung has also demonstrated longevity and endurance in her work life, as a night shift nurse at UCSF Benioff Children's Hospital in Oakland since 2012. And she has not failed to bring those characteristics that have made her an exceptional runner into the workplace and in her interactions with her patients and their families.

"Patty's incredible dedication, perseverance and stamina exemplify that of all our nurses and staff at UCSF Benioff Children's Hospital Oakland, working diligently throughout this pandemic to keep our communities healthy and safe," said Matt Cook, the hospital's president, adding, "I am personally inspired by Patty’s efforts to make time to train and compete in this storied race while serving our patients and families for all these years in Oakland."

Being on the front line of the pandemic has given Hung a keen understanding of the suffering and pain so many have undergone through this pandemic, and she carried that with her along the Boston route this year. 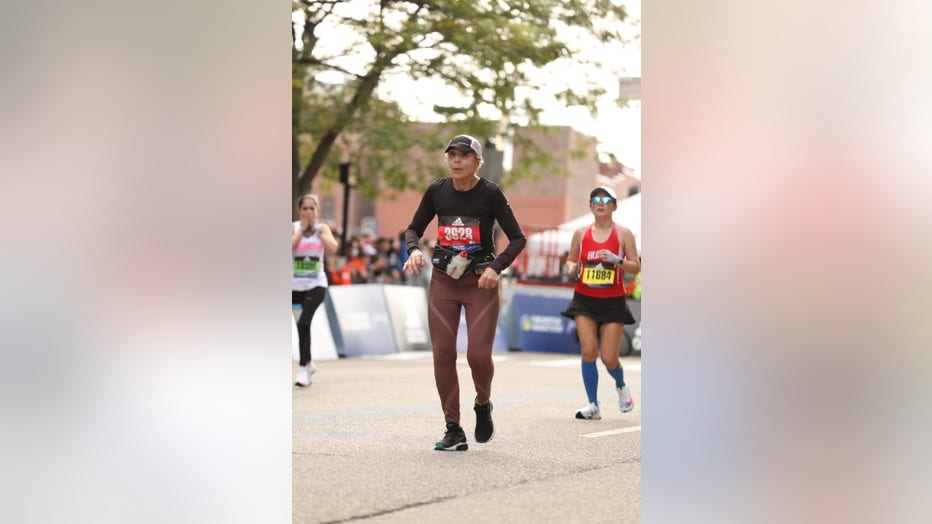 "That never leaves me," she told Runner’s World, "the fact of all the people who have been hit by COVID, and their families experiencing the despair."

Back here in the Bay Area, she’s been a hometown hero, with those who have followed her accomplishments calling her amazing and an inspiration.

"Isn't she something," the local running group Orinda RoadRunners wrote on its Facebook page as it celebrated Hung on the day she ran Boston for the 35th straight time. Along with the post was a photo of the record-holding athlete after the race, arms raised, medal in hand, and utterly triumphant.

This story was reported in Oakland, Calif.