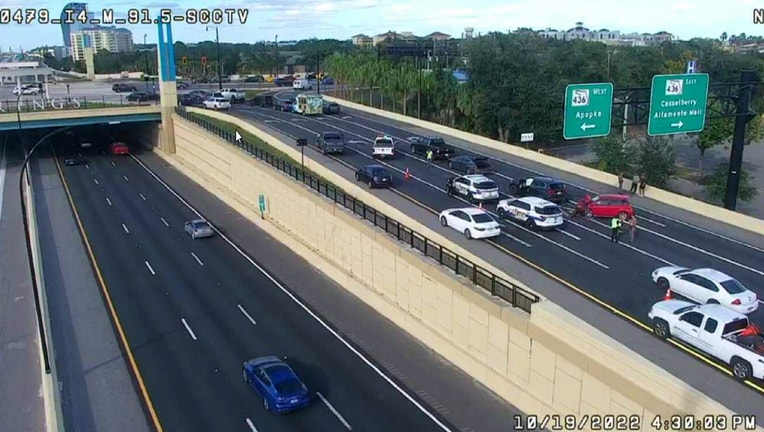 ALTAMONTE SPRINGS, Fla. - A 73-year-old woman was killed in a deadly crash that happened in Altamonte Springs Wednesday afternoon.

The crash happened on the eastbound exit ramp of Interstate 4 at State Road 436 in Altamonte Springs just after 3 p.m.

Florida Highway Patrol (FHP) said two cars were stopped on the eastbound I-4 exit ramp at State Toad 436. The woman who died failed to stop for the traffic on the ramp and struck the back of one of the cars that was stopped causing a chain reaction.

FHP said the woman was in cardiac arrest when they arrived at the scene. They said they made life-saving efforts, but the woman was pronounced dead after arriving at a local hospital.