Thousands of runners are participating in the Walt Disney World Marathon Weekend.

Runners from all over the world are in Central Florida for the Walt Disney World Marathon Weekend.

On Friday morning, 14,500 runners participated in the 10K run where they ran around Epcot. Adam Chesterton traveled from New York to take part in the run and dressed up as Sorcerer Mickey. “It’s great. It’s great to be in the parks at night. They have characters out.” 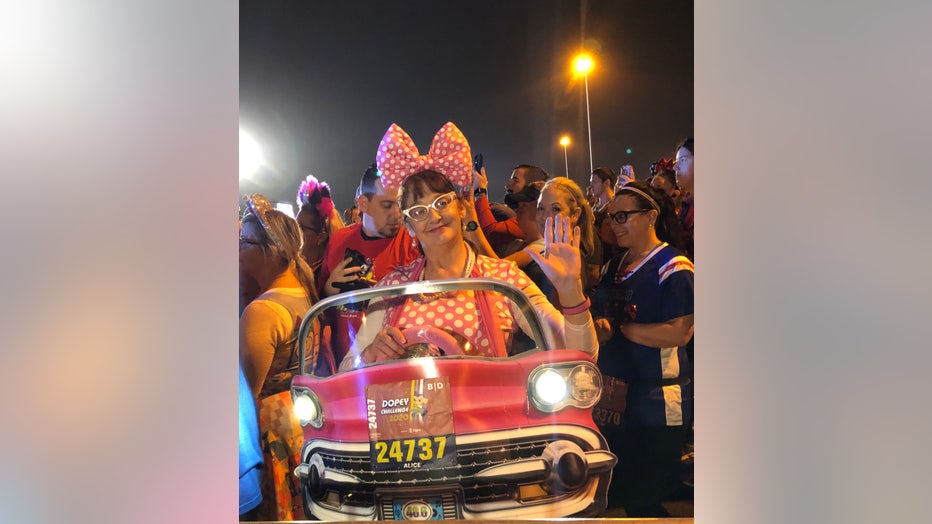 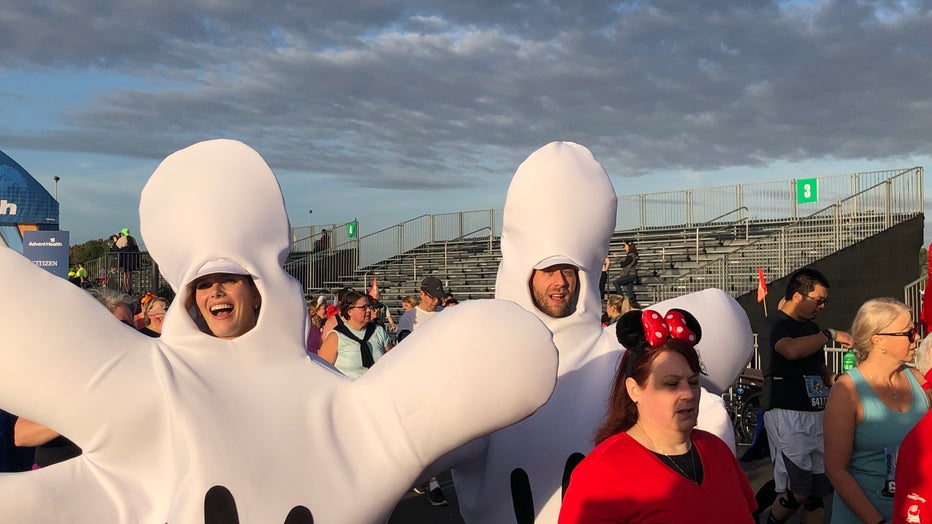 Several people donned costumes, dressing up as Disney villains and The Incredibles among other famous Disney characters. Two best friends from California dressed up as giant Mickey gloves, grabbing a lot of attention from runners and spectators.

“Somewhere deep in my brain it just came about,” said Kirsten Halik. “[It’s been] a lot of fun. A lot of high-fours out on the race course, just bringing the spirits up, lending a helping hand.”

The Walt Disney World Marathon Weekend brought more than 57,000 runners and spectators to town for four races. The event started on Thursday with a 5K and continued with a 10K on Friday. The weekend will wrap up with a half marathon on Saturday and the Disney Marathon on Sunday.

Dozens of runners are taking on the Dopey Challenge, meaning they will run in every single event. 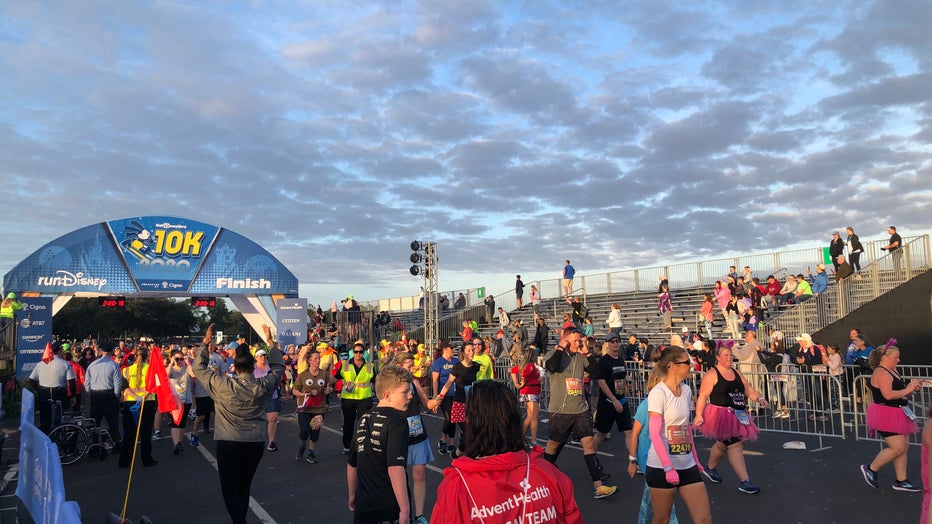 Runner Yazmin Sceinwand is doing the Dopey Challenge for the first time and said it’s an item she wants to check off her bucket list. “I love it. It’s just the experience and everything that you get from it. You know, keeps you healthy.”