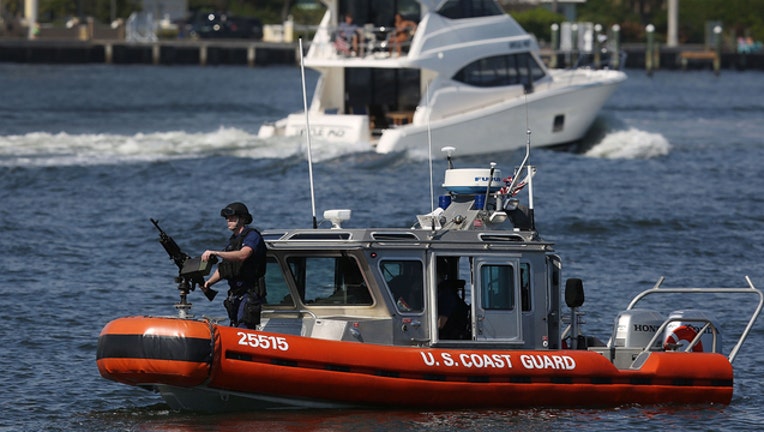 A Coast Guard boat patrols the Intracoastal Waterway near Mar-a-Lago Resort where President-elect Donald Trump is staying for the weekend on February 4, 2017 in Palm Beach, Florida. (Photo by Joe Raedle/Getty Images)

WASHINGTON (FOX 5 DC) - The U.S. Coast Guard is the only arm of the military that is working without pay due to the partial government shutdown.

Roughly 44,000 Coast Guard members are considered essential and are reporting to work without pay, with another 6,000 furloughed.

The Coast Guard is the only arm of the military impacted by the shutdown because it is funded through the Department of Homeland Security.

The shutdown began on Saturday and lawmakers have indicated they will close out the week without a resolution, all but ensuring the shutdown will continue into 2019.

President Donald Trump has demanded money to build a border wall with Mexico and Democrats have refused to add the money for the wall to the budget.