One of Central Florida's busiest roads is a source of gridlock and frustration among drivers. Now, plans are in the works to improve traffic flow along State Road 434, between Winter Springs and Oviedo.

WINTER SPRINGS, Fla. - A two-mile stretch of State Road 434 in Seminole County is the focus of a new road project. The roadway is traveled by 24,000 cars each day and is often plagued with traffic back-ups, which is why the county is making some changes.

Efrain Serrano is the manager at First Impressions Barber Shop on State Road 434 in Oviedo. He says he gets a front-row seat to a daily parade of bumper-to-bumper traffic.

“Stuck there, I see thirty seconds at a time, I see a bit of movement, yeah, it’s pretty bad sometimes,” said Serrano.

“Sometimes clients even send me a text message telling me they’re gonna be a little late, it ends up being 15-20 minutes later because they’re stuck all the way by the highway,” said Serrano.

That’s why Seminole County is looking to improve traffic flow on the two-lane road between Winter Springs and Oviedo. A road study, recommending a four-lane road, but the county says it can’t afford the $70 million price tag for the project.

“The county...$70 million, that’s a lot of money for one project for the county,” said Jean Jreij, Director, Seminole County Public Works Department. 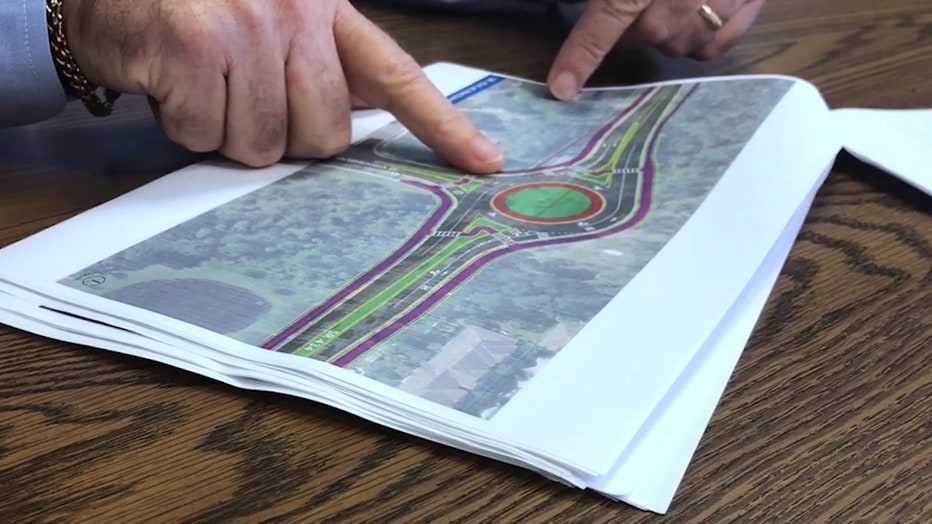 So, the county is moving forward with a $26 million short-term solution.

The 20-year solution is coming in the form of three roundabouts, replacing traffic lights.

“Roundabouts are safer and provide what we need for traffic circulation, they’re safe and they improve congestion,” said Jreij.

The plan also includes the construction of a bike/pedestrian sidewalk and a reduced speed limit to allow residents in subdivisions easier access to the road, when it is congested.

“I think the solution we’re coming up with will improve it greatly, the situation that we have,” said Jreij.

Back at the Barber Shop, Serrano says he supports anything that will improve traffic.

“I think it’s gonna be a great improvement, smoother traffic going around here and it will be easier for the whole community,” said Serrano.

The county plans to educate the public on the proper way to approach roundabouts. The road is expected to be finished by 2026.