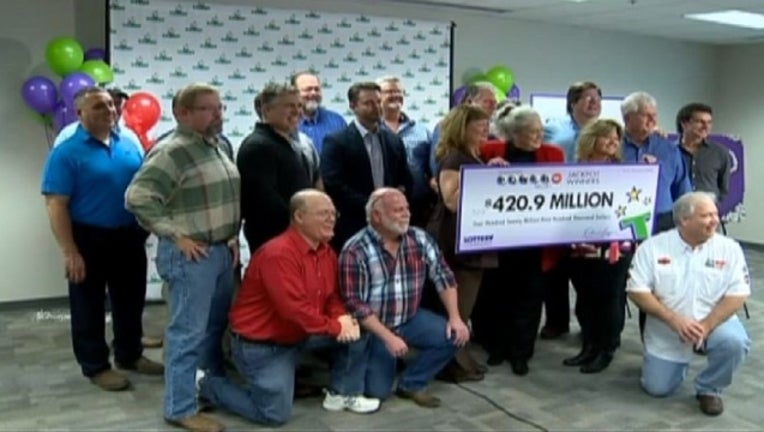 The Tennessean reports lottery officials announced Tuesday that the workers from North American Stamping Group in Portland claimed the $420.9 million jackpot. The cash value of the jackpot is worth $254 million, which would give each person $12.7 million before taxes.

The ticket matched all six Powerball numbers drawn Saturday. It was sold at Smoke Shop in Lafayette in Macon County, which is about 60 miles northeast of Nashville.

It's the second largest overall prize for the state, bested only by the $528 million Powerball prize won by a Munford family in January.

Lottery officials say it is the sixth Powerball jackpot won in Tennessee.