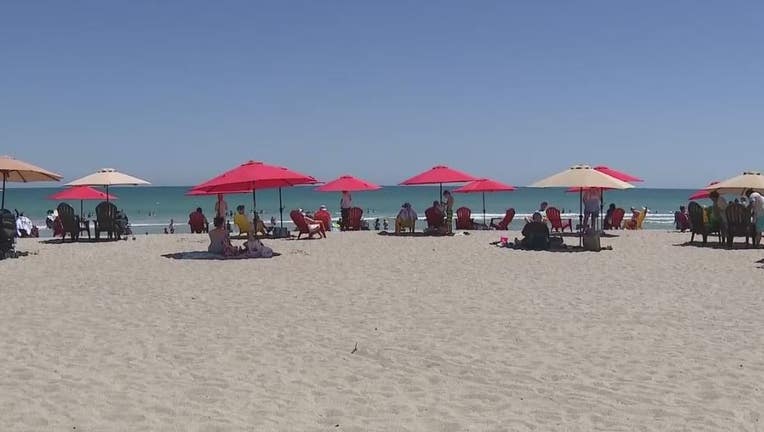 The Cocoa Beach Police and Fire Departments responded to a 911 call from a beachgoer, who was about two blocks south of Minutemen Causeway, who said that "two females appeared to be in distress."

Brevard County lifeguards were able to bring one of the girls back to shore safely, but her friend was reportedly carried out further by the strong current.

The U.S. Coast Guard responded to assist along with the Brevard County Sheriff's Office.

Around 1 a.m. Sunday, a couple walking on the beach called the police after they spotted a female's body on the shore nearly six blocks south of Minutemen Causeway.

Police identified the body as the teen who was carried out by the current.

The incident is still an active investigation.