Several animals were removed from an pet sanctuary in DeLand.

A search warrant was executed at Journey's End on Mercers Fernery Road, a non-profit organization that has been in place for decades. 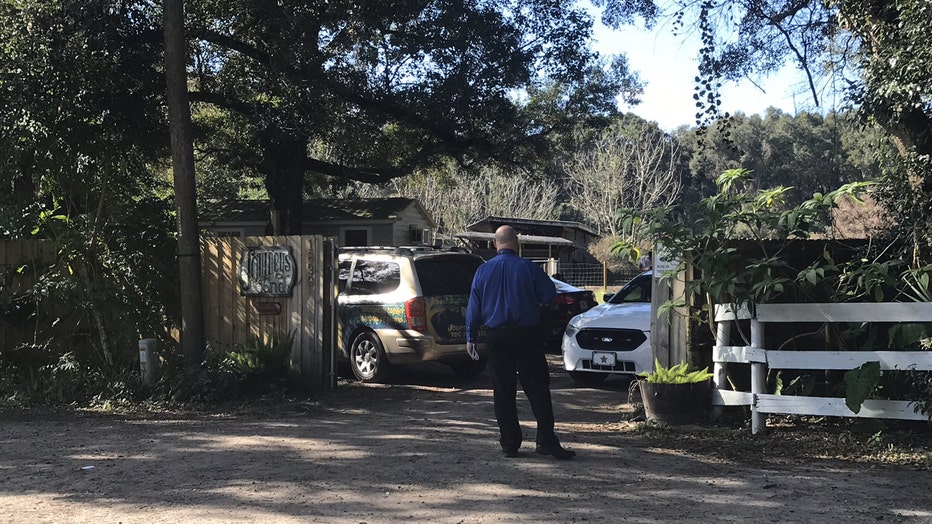 The county said it became involved with the sanctuary last summer after complaints from staff. County workers visited the property over several months making recommendations on improvements.

A veterinarian visited the property and recommended more than a dozen animals be removed, saying the operations there were not suited for the proportion of animals and the level of care they require.

"I think they’re doing the best they can with the resources they have. They seem to be overwhelmed by the animals that they’re caring for," said Gary Davidson, with Volusia County.

FOX 35 News talked with the owner of the sanctuary, Florence Thuot. She said it's a place for abused, neglected and special needs animals.

"We bring them in because nobody wants them, and they have a happy life for however long they live," she said.

Thuot said she provides the best care possible and worries about where they will be taken.

"They’ve come from a bad situation," she added. "They’re gonna take them and put them in a cage or wherever where they’re not used to."

The county said the animals removed from the sanctuary were taken to undisclosed locations for the provision of acute veterinary care.

Veterinarian Teri Harty said she has worked with the sanctuary for decades. Monday, Thuot called her to the property as officers removed the animals. Harty tells FOX 35 News she has walked the property many times and believes the animals are receiving the best care possible.

"I’ve been out here and I’ve never been alarmed so to me that’s a sign that there’s not a big a problem that we’re making it out to be," she said.

She said aside from the sanctuary needing to call in a cleaner, the animals are living comfortably.

"I don’t think that anybody could provide the care that Journey’s End is providing for these animals that come to mind," she said.

The county said it doesn't doubt the sanctuary's intentions to care for the animals and hopes to continue working with Thuot and her staff.

"I think they’re doing the best they can with the resources they have, but they seem to be overwhelmed by the animals that they’re caring for," said Davidson.

“Our concern is and always will be for the welfare of animals,” added Adam Leath, the county’s director of animal services. “It’s all about ensuring the quality of care for the animals.”

The county said 127 animals live on the property. The county added many of the animals at the sanctuary are said to be highly "adoptable."